I frequently recommend a carbohydrate restricted diet as part of a comprehensive wellness program. However, for many of my clients, the idea of giving up some of their favorite, high carbohydrate foods is too much to bear. A recent presentation given at a prestigious cancer conference offers a practical compromise. Researchers at the Genesis Prevention Center at University Hospital in South Manchester, England report that adopting an intermittent, low carbohydrate diet is a viable alternative to more strict diets in relation to lowering cancer risk and overweight. The most interesting aspect of the trial was that a portion of the participants were asked to combine two of my favorite dietary strategies: carbohydrate restriction and modified, alternate day fasting. In the study, women who consumed a very low calorie/low carbohydrate diet for two days a week demonstrated greater weight loss than those who ate an “ad lib” low carbohydrate diet or a calorie-restricted Mediterranean diet. Also of note is that the twice-weekly diet plan resulted in a 22% reduction in insulin resistance versus only 14% in the daily low carb diet and 4% in the low calorie, Mediterranean diet. 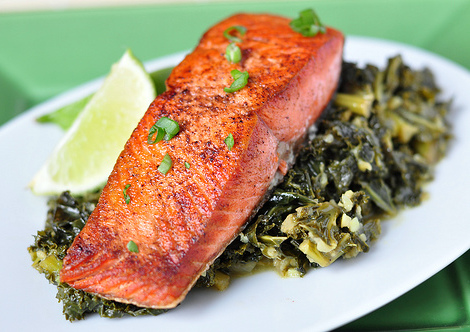 A decline in excess body weight and insulin production is believed to protect against breast cancer. In fact, that was the primary focus of the above referenced study. These findings are further bolstered by a current trial which revealed that breast cancer survivors with the greatest intake of starchy carbohydrates have an increased risk of breast cancer recurrence. High glycemic, starchy foods tend to raise insulin and promote weight gain.

There have also been a few recent inquiries into the validity of intermittent fasting outside of the arena of cancer prevention. Each examination has resulted in positive findings with regard to other important health threats, including heart disease. A dietary intervention known as “alternate day modified fasting” or ADMF, which requires that you eat normally on one day and then restrict calories to 25% of normal the next day and so on, has been shown to: a) increase LDL cholesterol particle size and, in so doing, protect arteries from plaque deposition that is associated with denser, smaller LDL particles; b) promote weight loss without unacceptable hunger on the modified fasting days (25% caloric intake). In addition, participants who engage in ADMF tend to remain as active on fasting days when compared to regular feed days (100% caloric intake). But, what really excites me about this research is the combination of intermittent fasting and low carbohydrate eating. I think this can be a tremendously potent pairing. For instance, low carbohydrate diets are known to impart specific cardiovascular benefits, such as decreasing the concentration of soluble cell adhesion molecules which promote hardening of the arteries. If you factor in the other benefits described earlier in today’s column, the overall impact of such a diet plan appears extremely promising for anyone seeking nutritional protection against breast cancer, heart disease and obesity. 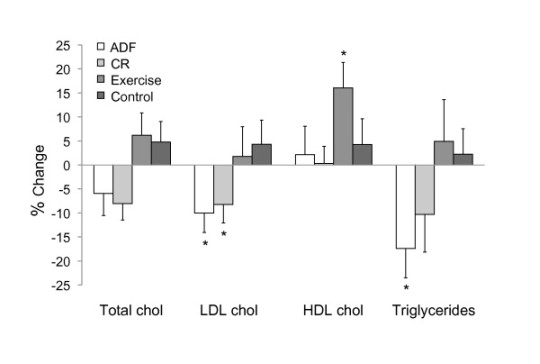