Type 2 diabetes affects approximately 18 million men, women and children in the US, and that number is growing at an alarming rate. In fact, the Centers for Disease Control have recently classified type 2 diabetes as an epidemic because the number of people diagnosed has doubled between the years of 1990 to 2005. Why is this happening? Poor diet and lifestyle are thought to be the primary reasons. The fatter and more out of shape we become, the more likely were are to contract this potentially life-threatening disorder.

The good news is that Type 2 diabetes is also manageable. Sometimes medications are necessary to achieve that goal. But there are also dietary strategies that can help. And as far as diets are concerned, there is now a considerable amount of debate about which kind of diet is best to help keep diabetics healthy. Today I want to present the results of a recent study that compares two diet plans. 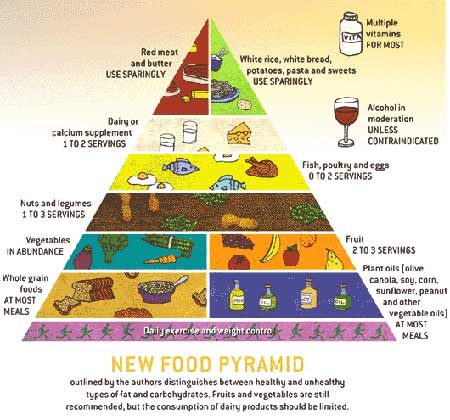 The authors of this study, which appeared in the December 19th issue of Nutrition and Metabolism, designed the study in the following manner:

The primary outcome the researchers hoped to find was an improvement in blood sugar control by testing for a blood-bound substance called hemoglobin A1c (HbA1c). HbA1c provides a picture of how well (or poorly) blood sugar levels have been controlled over a 6-12 week period.

The Proof is in Not Having the Pudding

About 60% of the volunteers completed the 24-week study. Both the low-glycemic and the low-carb diets led to lower HbA1c and significant weight loss. But the low-carbers had a dramatically greater drop in both of these categories. In fact, the low-carb dieters had three-times the reduction in HbA1c and they lost about 30% more weight (approx. 22 lbs vs 15 lbs.). In addition, the low-carb, ketogenic diet also increased HDL (“good cholesterol”) significantly (about 13%), whereas the low-glycemic diet did not lead to any improvement in HDL levels. This may reflect a positive impact with regard to heart health. Both groups found a reduction in their blood pressure. 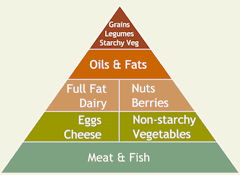 But, the biggest news is this: 95% of the low-carbers were able to stop taking diabetic medications by the end of the study! 62% of the low-glycemic dieters were also able to go medication-free by the study’s end. Pretty remarkable, isn’t it? Especially when you consider that some of these very medications can cause serious side-effects in and of themselves.

The authors offer this parting analysis, “Lifestyle modification using low-carbohydrate diet interventions are effective for improving obesity and type 2 diabetes, and may play an important role in reversing the current epidemic of ‘diabesity.’”

Many doctors still believe that eating large amounts of fat is harmful. And, in some instances, that may be true. But, here is one clear example that indicates the exact opposite.


6 Comments & Updates to “The Diabetes Diet”