Chocolate and peanut butter is a classic pairing of savory and sweet. The trouble is that most incarnations of this delectable combination aren’t very good for you. And, while an occasional treat is fine for most, eating such desserts regularly is clearly ill advised. That’s why I made it my mission to create a recipe that will please both your body and palate. Your taste buds will suspect they’re being treated to something naughty, but the rest of you will know you’re having something nice. 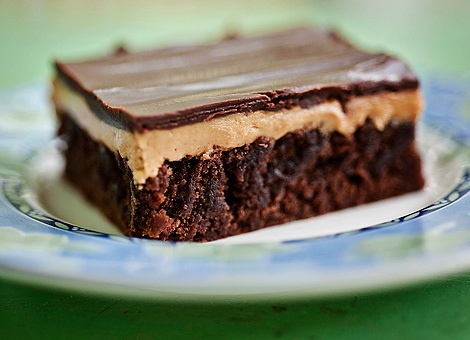 In Greek, Theobraoma cacao (cocoa) translates to “food of the gods”. Scientists are understandably reluctant to use descriptions of this sort. However, many researchers enthusiastically endorse the value of this fermented fruit due to a growing body of scientific evidence. The latest batch of studies pertaining to cocoa indicate that it has preventive value in the arena of heart disease. Some publications also reveal therapeutic potential for those with preexisting cardiovascular concerns. According to a recent German summary, “consumption up to about 25 g daily of flavanol rich dark chocolate (ca. 85% cocoa content) can be recommended for cardiovascular prevention”. The same summary cites population studies in Europe and the United States that demonstrate “a 50% reduction in mortality due to a reduction of myocardial infarction” in frequent chocolate eaters. What’s more, preliminary evidence in animal models suggests that the benefits of cocoa intake extend to other areas of well-being, including protection against colon cancer and liver damage.

Nutritional Content: Calories: 160. Protein: 7 grams. Fat: 13 grams. Fiber: 4 grams. “Net” Carbohydrates: 4 grams. Based on a serving size of one brownie. There are 15 brownies per batch.

Preheat oven to 350ºF. Place the dry ingredients (baking soda, cocoa, coffee, erythritol and sea salt) into a large mixing bowl and stir well. Crack the eggs into a separate bowl or large measuring cup and add in the almond milk, apple cider vinegar, liquid stevia and vanilla extract. Combine the dry and liquid ingredients in the large mixing bowl. Add one cup of peanut butter and reserve a 1/4 cup for later. Use an electric hand mixer to blend the dry and wet components into a silky batter. Coat the bottom and sides of an 8″ x 11.5″ glass baking dish with a non-stick spray. Transfer the batter into the baking dish. Bake for 5 minutes and carefully remove from oven. Sprinkle the chocolate chips into the unset brownie base evenly. Also dollop the remaining 1/4 cup of peanut butter on top of the partially baked brownies using a teaspoon. Put the unset brownies back into the oven for an additional 15 to 18 minutes. Remove from the oven and allow to cool prior to enjoying.

An important issue that needs to be addressed with regard to this recipe is the peanut butter aspect. An estimated 2% of children are allergic to peanuts. In fact, this popular legume is one of the most prevalent food allergies in youngsters, with the potential for severe and even fatal reactions. But, for the majority of adults and children, peanuts actually present a reasonable, nutrient dense option that tends to support cardiovascular and diabetic health. Peanuts and peanut butter can also aid in the promotion of healthier weight management by satisfying hunger and nutritional requirements.

Study 1 – Consumption of Cocoa, Tea and Coffee and Risk of Cardiovascular … (link)

Note: This will be my final column of 2011. I’ll be back with all new content on Wednesday, January 4th. I want to take this opportunity to thank you each and every one of you for supporting my work here and helping to get the word out about evidence-based natural medicine. Every day, I see proof positive that we’re making a difference. You have my gratitude and my sincerest wishes for a healthy and joyful holiday season.