Aromatherapy for the Body and Mind

Feelings and memories are often tied to particular scents. There’s a well established connection between what our nose detects and the stimulation it causes within our brains. The smell of a floral perfume may remind you of your wife. The aroma of a pumpkin pie baking in the oven could evoke memories of the holidays. The pathway from your nose to your brain is a route that can be used to help promote better states of mind and body.

Aromatherapy is a practice that uses specific essential oils to benefit the mental and physical states of those being treated with it. Essential oils are the fatty, aromatic elements of flowers, leaves and roots of any number of plants. They are usually extracted by steam distillation, cold-pressing or through the use of natural solvents. After the extraction, all that is left are the highly pungent oils. All the water-based components of the plants and all the fiber is removed.

These essential oils can then be used in a number of ways. They can be included in products like disinfectants, lotions, mouthwashes and shampoos. Another option is that they can be inhaled to provide a specific effect. In today’s blog, I want to explore both the topical and olfactory (smelling) applications of this holistic practice. 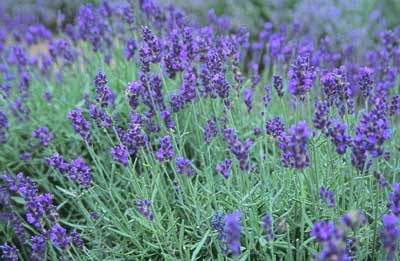 Sniffing Out the Science in Aromatherapy

One of the most popular essential oils is lavender. This should not come as a surprise, because lavender not only possesses a very sweet, floral scent but it’s also widely regarded as a powerful calmative agent. Two recent studies attest to its benefit with regard to improving sleep quality.

In the first study, a group of mothers and their infants were asked to take a bath that was supplemented with unscented bath oil or lavender oil. The mothers in the lavender baths reported feeling more relaxed. It was also noted that the infants spent a greater amount of time making eye contact with their mothers while in the lavender baths.

When the researchers tested the infants’ and mothers’ stress hormone levels, they found a decreased amount in the lavender oil group. They also noted that these infants cried less during the night and “spent more time in deep sleep”.

In another experiment, Korean scientists undertook a study on the effects of lavender on depression and sleep quality in female college students. 42 college insomniacs enrolled in the lavender trial. Improvements were seen in the amount of time needed to fall asleep, in the quality of sleep and in the severity of depression.

More to Lavender Than Meets the Nose

Powerful opiods and anti-inflammatory medications are often used to manage post-surgical pain. And while these medications are often very dangerous, they still need to be used to help surgical patients cope with the aftermath of surgery. As a result, a study was conducted to see if the use of lavender oil could reduce the need for these powerful medications.

It’s important to do your own research or consult an expert before using any alternative medicine. Aromatherapy is no exception to this rule. An example of this can found in a recent British study.

144 healthy volunteers were tested to see what their response would be to two popular essential oils: peppermint oil and ylang-ylang. The researchers were interested in any changes relating to brain function and mood. To that end, they performed various scientific tests to see if any statistically significant changes would be brought about by these oils. The results were interesting.

In the volunteers, peppermint oil improved memory. But, ylang-ylang actually negatively impacted their memory. Ylang-ylang also slowed down “processing speed”. It made them think slower!

The peppermint oil was also found to improve the subjects’ alertness and mood. Once again, ylang-ylang did the exact opposite. The authors do note however that ylang-ylang may be helpful in promoting calmness.

In yet another study conducted at the University of Ohio, lemon oil was discovered to have a mood-elevating effect. The authors comment that there’s, “robust evidence that lemon oil reliably enhances positive mood”. 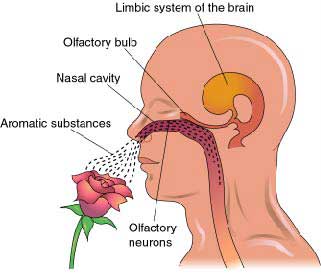 Finally, here’s an example of essential oils being used transdermally (through to the skin). Before I go on, I want to issue a cautionary statement. Essential oils are very powerful. Most of time, it’s not advisable to apply them directly to the skin. Aromatherapists typically combine a small amount of the essential oils with a larger amount of a “carrier oil’. A carrier oil is a non-aromatic, mild oil that is suitable to apply to the skin. A few examples of carriers oils are: almond oil, olive oil and sunflower oil.

After the treatment period was finished, the researchers tested for pain and stiffness. The group that received the ginger and orange oil massage showed greater improvements in physical function and less pain one-week after the treatment was completed.

The authors of the study concluded, that the “aroma-massage therapy seems to have potential as an alternative method for short-term knee pain relief”.

There are so many natural healing options out there. And we’re all the better for it. Because someone who is resistant to using acupuncture, may be willing to try aromatherapy or vice-versa. If you’ve never considered aromatherapy before, I hope today’s blog will help open up that possibility to you. And if you have tried it, I’d really like to hear your personal experiences with it. Please drop me a line and let me know what you know.


7 Comments & Updates to “Aromatherapy for the Body and Mind”