The good news about life expectancy is that both men and women are living longer than ever before. The bad news about longevity is that it is often accompanied by certain diseases. When it comes to older men, prostate cancer tops the list. Fortunately, there is a growing body of evidence that certain dietary and lifestyle choices can minimize the risk of prostatic malignancies. 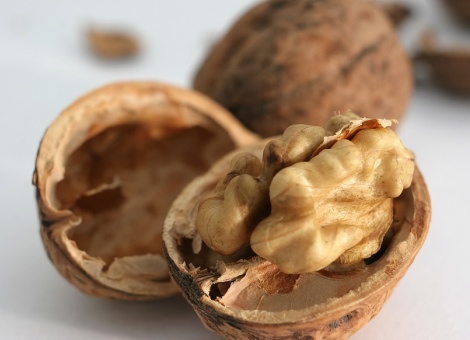 A new study published in the British Journal of Nutrition informs that a diet rich in walnuts may slow prostate cancer (PC) growth in an animal model of the disease. Groups of PC prone mice were fed either a soybean oil or walnut-enriched diet over a 24 week period. A human equivalent of approximately 2.4 ounces was given to the mice in the walnut group. At the conclusion of the trial, the researchers determined that the mice fed walnuts developed tumors about half the size of the soybean oil fed mice. Further analysis noted a 28% reduced rate of tumor growth in the group receiving the walnut chow.

Upon reading the encouraging news about walnuts and prostate cancer in mice, I set out to find supportive evidence. The first item I discovered was a publication in the May 2008 issue of the Nutrition Journal. In it, a small group of men at risk for PC were asked to eat 75 grams/day (~ 3 oz) of walnuts for 8 weeks. Before and after blood tests confirmed several significant changes in biomarkers related to prostate cancer. Specifically, an increase in plasma levels of gamma tocopherol, a form of Vitamin E that may confer a chemoprotective affect, and the ratio of free PSA (prostate specific antigen) to total PSA was documented. A decline in estradiol, a variety of estrogen that tends to rise in older men, was also noted. All three of these changes indicate a positive shift in physiology that is conducive to prostate health.

Exactly how walnuts influence the progression of PC is currently a matter of debate and speculation. A few emerging theories postulate that antioxidants (polyphenols) found in a variety of beverages and foods such as green tea and walnuts may reduce certain growth factors that spur malignant growth. Another possibility is that walnuts increase a specific protein (apolipoprotein A or ApoA) that is normally associated with a healthy cardiovascular system. Preliminary research indicates that low concentrations of ApoA may increase prostate cancer risk. This latter finding offers the tantalizing potential that eating walnuts daily may be an excellent tonic for the hearts and prostates of older men.

Study 4 – Nuts, Especially Walnuts, Have Both Antioxidant Quantity and … (link)

Study 5 – Chemoprevention of Prostate Cancer with Nutrients and Supplements … (link) 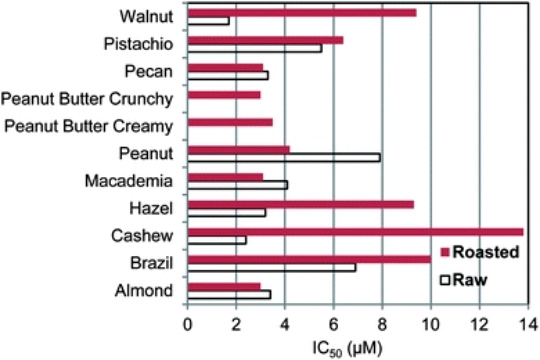