Bone loss, sometimes known as osteoporosis, is a very common health concern in older women. Not only can it cause changes in physical appearance (a loss of height, curvature of the spine and stooped posture), but it can also bring about back pain from compression fractures and even broken bones. In addition to these terrible symptoms, it’s also important to note that healing time is often sluggish in our later years. Because of this reality, the best possible plan of action is to try and prevent bone loss before it occurs. But what if you’ve already lost some bone density? Are you only left with the conventional options of hormone replacement therapy and/or prescription medications? Perhaps not. 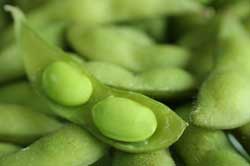 A well designed Italian study may offer a natural option to postmenopausal women suffering from bone loss. This is a particularly important study because it helps to clarify the role of a certain soy extract in the battle against osteoporosis. In the past, other trials have shown inconclusive results in the area. So, the aim of this study was to either discredit or validate a particular component of soy called genistein.

Genistein is a natural chemical in soy called an isoflavone. Isoflavones possess phytoestrogenic (plant estrogen) and antioxidant properties. Because of their hormone-like activity, they’ve been widely researched as possible solutions for many menopausal symptoms.

389 post-menopausal women participated in this current study. Their ages ranged from 49 to 67 years old. They all had low bone density (BMD) as measured in their hip bones.

At the beginning of the experiment, the women were given a reduced fat diet that was very low in soy. They followed this diet for 4 weeks. Then, the groups split into two and were randomly assigned to take one of two types of pills. The “active” pill group received tablets that contained a total of 1,000mg of calcium, 800IUs of vitamin D and 54mg of genistein. The “placebo group” received pills that just contained calcium and vitamin D – but no soy.

The results of the first part of the 2 year study concluded the following:

But that’s not the end of the story. Because genistein is considered a “plant estrogen”, there has long been a concern about it’s effect on hormonally sensitive areas of the body – such as the breasts and the endometrium (the lining of the uterus). So the researchers decided to extend the study for an additional year. During that time, 138 women underwent tests to determine if there were any unhealthy changes to breast tissue (as measured by mammography) and endometrial thickness (measured by ultra sound). No significant changes were found in either site.

The authors of the study reported that, “After 3 years of treatment, genistein exhibited a promising safety profile with positive effects on bone formation”. 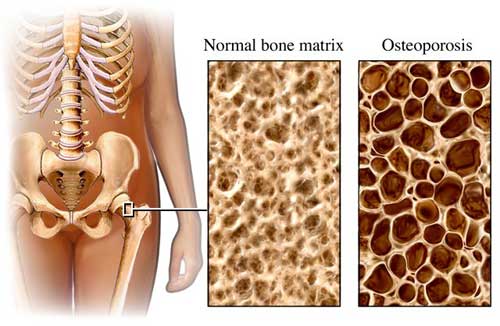 Carotenoids are the pigments that give many fruits and vegetables their vibrant colors. A few examples are: Lycopene, which makes tomatoes red, Beta Carotene, which adds the orange color to carrots and astaxanthin, which provides that pink color to wild salmon.

Scientists have been studying the health effects of these valuable antioxidants for many years. The health effects of carotenoids extend far and wide. Astaxanthin is being studied for it’s antiinflammatory effects. Lutein is commonly recommended to protect against common eye conditions, like macular degeneration. And, as you read this, large studies are currently underway to determine the potential of lycopene against prostate cancer. But now it seems we may have to add another medal to the carotenoid chest.

A new study published in the American Journal of Clinical Nutrition provides evidence that a carotenoid-rich diet may help both elderly men and women to keep their bones strong.

Earlier I mentioned the risk of osteoporosis in women. Older men are also at risk for bone loss and broken bones. It’s estimated that more than 10% of all men will experience a bone fracture due to osteoporosis.

In this particular study, the diets of over 600 men and women were followed for four years. Most of the participants were at least 75 years of age.

The researchers assessed their diets by analyzing a specific “126-item food frequency questionnaire”. They then tried to find correlations between the bone mineral densities and the diets of the participants. This was a rather complex task that yielded very specific findings:

The reason for this beneficial effect is believed to have something to do with the antioxidant activity of carotenoids. Earlier research indicates that excessive oxidative damage may make bones break down faster. Oxidative damage is unavoidable. But excessive levels are thought to be unhealthy. A poor diet, over-exercising, exposure to harmful chemicals, smoking and many other common activities add to our oxidative burden. Eating and supplementing with antioxidants tends to help balance out the level of oxidative stress.

As you can see, there are natural ways of keeping your bones strong. The items I’ve discussed today are just the very tip of the iceberg. This is by no means a comprehensive overview of all the ways in which we can combat and try to prevent bone loss. But I hope I’ve at least given you a few more pieces to that puzzle.