The integration of natural medicine and rigorous science is becoming increasingly evident in the current medical landscape. Dr. Eric Ding exemplifies the philosophical shift that is presently underway. For starters, he has allopathic credentials that are beyond reproach: graduating Johns Hopkins University with Honors in Public Health and Phi Beta Kappa, then going on to become the youngest student at Harvard to complete a dual doctoral program in epidemiology and nutrition. Dr. Ding is now a faculty member at Harvard Medical School and Women’s Hospital, and is also the director and founder of the non-profit Campaign for Cancer Prevention. 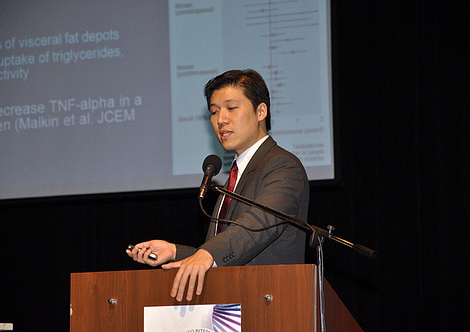 The issue of fairness is a common sticking point when conventionally trained physicians approach issues that are typically the domain of alternative and complementary medicine. The advocacy of “food as medicine” and nutritional supplements for health promotion qualify as common points of contention. However, it’s important to consider each individual, regardless of their educational background, on a case-by-case basis. A few of the details that I’ve learned about Dr. Ding are helpful in defining his unique view of responsible medicine. First, he played a pivotal role in exposing the risks of Vioxx, the anti-inflammatory drug, that eventually led to its removal from the market. Also of note, Dr. Ding is a cancer survivor who has devoted his adult life to seeking out dietary and lifestyle factors that may spare others from his own experience with a life threatening tumor at the age of 17.

JP – You’ve co-authored several reviews about the relationship between chocolate consumption and cardiovascular disease. What initially spawned your interest in the health promoting effects of cocoa?

Dr. Ding – I’ve been studying cocoa for many years because of my interest in flavonoids. Notably, cocoa flavonoids are rather unique in demonstrating many CVD (cardiovascular disease) benefits.

JP – Your first systematic review of chocolate and heart disease was published at the beginning of 2006. A later meta-analysis was recently featured in the November 2011 issue of the Journal of Nutrition. What revelations have come to light in the period between the two summaries?

JP – In your youth, you survived a cancer scare and subsequently founded Campaign for Cancer Prevention. What is your view of the preliminary evidence suggesting a chemoprotective effect of chocolate consumption in animal models of cancer and in select populations such as the Kuna?

Dr. Ding – As much as I’m a cancer prevention advocate, it’s currently unclear what cancer preventive benefits cocoa may directly have so far. That said, diabetes (high glucose) has been associated with a few types of cancers, and thus, cocoa flavonoids’ benefits on improving insulin resistance may indirectly also affect long term cancer risk. But, larger long term studies would be needed for that association. That said, there are many other preventable risk factors of cancer, including not smoking, obesity, exercise, and other nutritional factors related to preventing obesity.

JP – Recent studies attest to cocoa’s ability to influence health in such disparate ways as increasing beneficial bacteria (in the gut) to reducing symptoms of chronic fatigue syndrome. Where do you see the future of cocoa research headed in the future?

Dr. Ding – I think given that cocoa research has reached a watershed moment, where the large body of short-term randomized trials and long-term observational cohort studies all suggest benefits on lowering risk of CVD … the next and final stage of gold standard scientific evidence would be long-term randomized trials for demonstrating cocoa flavonoid supplementation and risk of hard CVD endpoints (e.g. MI events and stroke events). However, such a study would require 10,000-20,000 individuals for primary prevention in healthy populations for 6-10 years, or 2000-10000 for secondary prevention / or prevention in high risk populations for 2-4 years … thus, it would likely require a consortium of organization and institutions to launch such a study, though a very necessary and important study.

JP – What do you think is the healthiest way or ways to include chocolate in one’s daily diet? Is there any scientific support for the notion that concentrated cocoa extracts are a suitable alternative to chocolate-based foods?

JP – Your research background extends far beyond determining the relative merits of chocolate. Some of your recent clinical work has included a review of algae-based, omega-3 fatty acids. Can you please offer a summary of what you have discovered in the course of your evaluation?

Dr. Ding – I was a co-author on the algal oil and CVD risk factor meta-analysis. Algal oil is a non-fish source of DHA omega-3 fatty acids. We found that algal oil supplementation lowered triglycerides and raised HDL … but it also raised LDL. Thus, it had a mixed CVD profile (in contrast with cocoa, where we only found either mostly beneficial or few neutral effects). Hence, algal oil benefits for long term CVD risk is still uncertain.

JP – You also co-authored a meta-analysis on the role that physical activity plays in maintaining and promoting cardiovascular health. What was the take home message there? 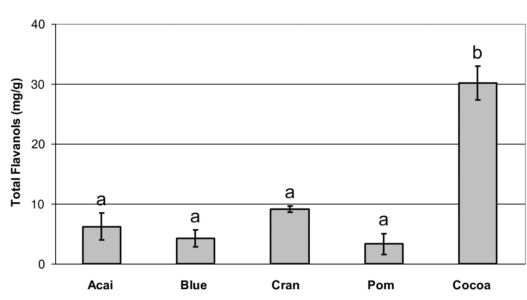 JP – Two of your studies have considered the role of resistin in the development of type-2 diabetes. Is resistin emerging as an important biomarker for diabetic risk?

Dr. Ding – No, although resistin was associated with diabetes in crude analysis, in multivariable adjusted analysis, it did not independently predict diabetes risk beyond traditional and established risk factors.

JP – Several years ago, you published a paper examining the impact of high glycemic foods in relation to cardiometabolic risk in a Chinese population. What were your conclusions and can they be extrapolated to other regions of the world?

Dr. Ding – That paper was a review highlighting the nutritional interaction (effect modification where one effect depends on another factor) between GL and obesity. Notably, while GL is less dangerous for CVD/diabetes in non-overweight populations, GL is more adverse particularly in overweight and obese populations. It’s not a China specific finding – its been found in many US and Western populations too.

JP – In 2009, you were involved in an groundbreaking analysis that looked at “preventable causes of death in the United States”. How can individuals and organizations use this information to better their lives and lower health care spending?

Dr. Ding – That US disease burden study estimates the total number of deaths in the US attributable to various risk factors (including overlapping risk factor causes). It helps highlight the greatest preventable risk factors for disease in America, which is particularly useful not just to lay public and clinicians, but also policy maker and public health priority strategies as well. Hence, it was also one of the most read articles in PLOS MEDICINE that year.

I’m a long time proponent of non-alkalized, organic cocoa. I have this variety of dark chocolate, in one form or another, almost everyday. The important research that Dr. Eric Ding has been involved with has helped shape my own opinion of the capabilities of cocoa. I’ll continue to keep a close eye for future studies that bear his name and suggest you do the same. Please click on the following embedded links if you’d like to learn more about Dr. Ding’s ongoing work at Harvard or at his Campaign for Cancer Prevention.