Part of my responsibility as a medical researcher and natural health consultant is to present breaking information that your doctors may not be aware of and/or ready to share with you. Mainstream medicine is notorious for not advocating certain important health practices until they’re widely accepted by the institutions that govern it. On the other hand, holistic practitioners often veer to the opposite end of the spectrum and assign too much importance to theories that are only backed by preliminary evidence. Today’s blog features an evidence-based snapshot of a trend I’ve been seeing over the past few years. I believe the data contained herein will eventually be accepted by the alternative and conventional medical camps. But, you don’t have to wait until the Journal of the American Medical Association or some other pillar of modern medicine gives its seal of approval to enact the forthcoming research. 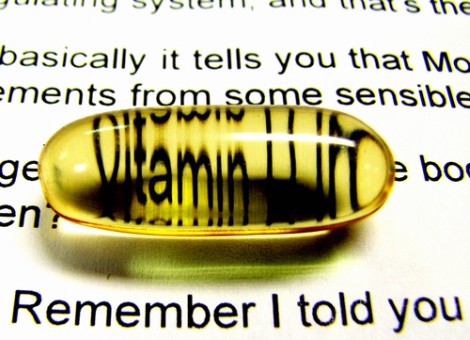 Current reviews inform us that as few as 15% of the senior population meets the criteria for adequate Vitamin D status as measured by serum 25-hydroxyvitamin D or 25(OH)D values. The first thing that may come to mind when hearing this are the consequences relating to osteopenia and osteoporosis risk in this growing population. However, the affects of suboptimal Vitamin D are now believed to be a modifiable risk factor in another predominant health condition impacting the elderly: dementia. Recent population studies from various countries point to a significantly greater risk of age-related, cognitive decline and dysfunction in older men and women with low Vitamin D status (<50 nmol/L). In addition, some evidence also draws a connection between objective changes in brain tissue such as increased brain lesions in seniors with hypovitaminosis D – a term used to describe a deficiency in this essential hormone/nutrient.

In fairness, I must say that not all allopathic institutions are passively observing the data involving Vitamin D and dementia. Drug manufacturers are actually quite interested in the possibility that inadequate D levels may increase the risk and symptoms associated with Alzheimer’s disease (AD) and other forms of dementia. Currently, there is a trial underway that is examining the effects of a combination of a medication (memantine) used to treat AD and an active form of Vitamin D (cholecalciferol or D3). The folks involved with drug development are keenly aware of published trials pointing to Vitamin D’s neuroprotective potential via multiple mechanisms including a reduction in inflammation, oxidative stress and the promotion of key substances in the brain such as nerve growth factor. All of this evidence, while preliminary, suggests good cause to have Vitamin D status tested in all adults and safely manipulated via supplementation when needed. There’s no good reason to wait for proof positive when the upsides are many and downsides aren’t expected.

Study 7 – Vitamin D and Brain Imaging in the Elderly: Should we Expect Some … (link) 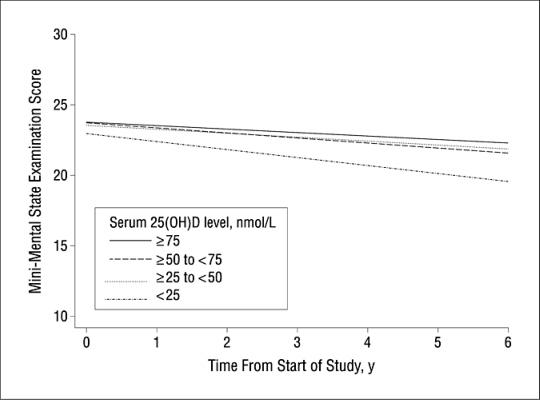