Fruit juice isn’t something that I normally recommend. Most bottled and fresh juices simply contain too much sugar – a dietary component that is already too plentiful in many diets. Then, there’s the issue of dietary fiber. The process of making juice removes the fibrous portion of fruits and vegetables, and concentrates the sweet liquid contained therein. This yields both negative and positive effects. On the one hand, the antioxidants, nutrients and phytochemicals that naturally occur in juice are often better absorbed when fiber is absent from the equation. But, without fiber, fruits and vegetable juices become more concentrated reservoirs of high glycemic carbohydrates which generally result in large fluctuations in blood sugar and insulin. 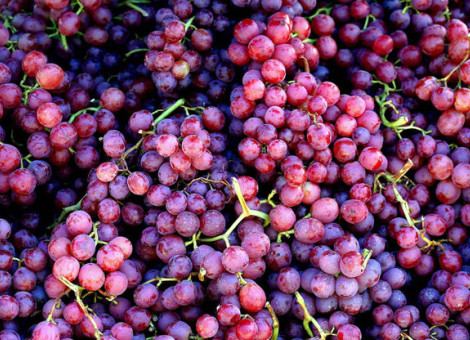 The one constant rule in nutrition is that there is an exception and nuance to be found in almost every rule. Purple grape juice is positively loaded with sugar – about 30 to 40 grams per 8 oz serving. However, several recent studies in adults and children have discovered that daily consumption of purple grape juice may positively influence cardiovascular health and neurocognitive functioning without causing significant blood sugar spikes or weight gain.

Here’s what the research tells us: Two studies in older patients with mild dementia or memory decline reveal that drinking 2 to 3 cups of Concord grape juice daily for up to 16 weeks increases “activation in the anterior and posterior regions” of the brain. These changes in brain activity resulted in improvements in cognitive functioning as indicated by improved spatial recall and verbal learning. A study in children with metabolic syndrome suggests that a combination of pomegranate and purple grape juice supports healthier circulation by enhancing endothelial functioning and lowering inflammation. Elevated inflammation and poor blood flow are frequently implicated in cases of age related cognitive decline, heart disease and type-2 diabetes. In addition, patients with dementia and metabolic syndrome tend to have higher levels of oxidative stress. According to current studies, the antioxidants in purple grapes, including anthocyanins, quercetin and resveratrol, are capable of counteracting such oxidative imbalances

Before rushing out to buy just any grape juice, keep several factors in mind. First and foremost, you should always look for 100% pure, purple grape juice. Grape juice with added sweeteners or white grape juice that lacks the same phenolic antioxidants are not health promoting and may result in weight gain. Also, researchers from Brazil have noted that organic grape juice is more potent in protecting against brain and liver damage in rats than conventional grape juice. So, seeking out the organic variety may be worthwhile. However, there are two downsides to drinking even organic, purple grape juice on a regular basis: 1) it’s quite expensive when used at a therapeutic level of 2 to 3 glasses/day; 2) grape juice is very acidogenic and can cause tooth decay. The latter point can easily be remedied by rinsing well after drinking. If availability or cost is a problem, other purple grape options exist, such as using concentrated grape seed and grape skin supplements. These have also shown some promise and are much lower in price and sugar.

Study 7 – Neuroprotective and Anticonvulsant Effects of Organic and … (link)

Study 10 – Pleiotropic Benefit of Monomeric and Oligomeric Flavanols on … (link) 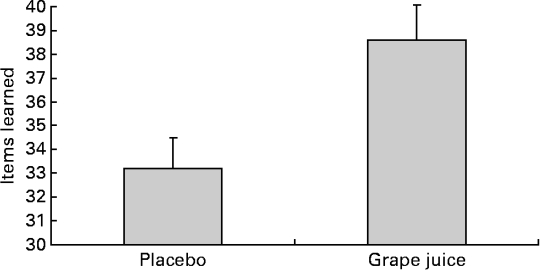