A few weeks ago, I was listening to a podcast about natural skin care. One of the callers inquired about products featuring sea buckthorn. “What is sea buckthorn anyway? Is it a seaweed? How is it different than krill oil?”. Whenever I hear this sort of exchange, whether in a health food store or on TV, I have an impulse to interject and answer the question myself. I guess it’s an impulse still with me from my days working as a health food store consultant. I always loved answering questions posed by customers and employees alike. That enthusiasm and passion to share information about natural medicine remains within me. These days, I just have a different venue for sharing what I know. 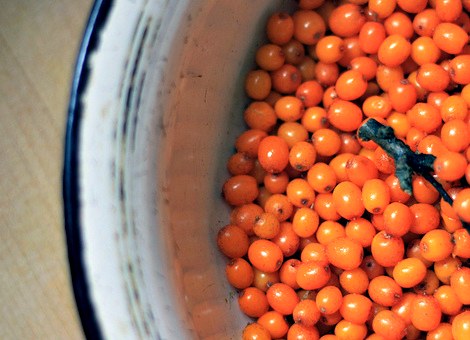 Sea buckthorn (SBT) is not a seaweed or in anyway sourced from bodies of salt water. Rather, it’s a shrub with vibrantly colored berries, leaves and seeds that have medicinal components. Over the past decade or so, the popularity of SBT has grown alongside a considerable amount of mostly positive research. The majority of the published science has examined the effects of oral SBT supplements containing antioxidants and/or essential fatty acids derived from its pulp and seeds. Thus far, only two studies have specifically evaluated the influence of SBT supplementation in human subjects with skin conditions. In both instances, atopic dermatitis, a common skin disorder that is a form of eczema, was the focus of the interventions. The results indicate that supplementing with SBT (5 g/day) beneficially alters the fatty acid composition of the skin. This is likely due to the types of healthful fatty acids naturally present in SBT including alpha-linolenic acid, oleic acid and palmitoleic acid. The noted, positive shift in the fat content of the skin resulted in symptomatic improvements in as little as one month.

There isn’t nearly as much documentation about the use of SBT as a topical agent in humans. However, the evidence that does exist offers a glimpse of hope for those with acne, burns and oily skin. For instance, a pilot study from 2010 discovered that an SBT emulsion successfully reduced oiliness or sebum in the skin of 10 healthy volunteers. An experiment from 2006, involving 151 burn patients, compared the wound healing potential of an SBT oil dressing versus a placebo – a vaseline gauze. The patients treated with the sea buckthorn dressing “showed more obvious exudation reduction, pain relief, and faster epithelial cell growth and wound healing”.

The ultimate question I have about the sea buckthorn products currently on the market is whether they’re capable of delivering on the promises listed on their labels. Do they really reduce the appearance of blotchy skin, dark circles and wrinkles? If so, where’s the proof? The use of oral SBT supplements presents a different challenge altogether. The 5 gram daily dosage used in the atopic dermatitis studies would be prohibitively expensive to maintain over the long term. But, I can tell you this, a member of my own family has been using an SBT supplement for eye dryness with considerable success. In fact, I recommended it based on a few preliminary studies that I reported on in the past. Perhaps in the near future, I’ll have similar cause to recommend SBT creams, lotions and shampoos. I’m open to the possibility, I’m just not sold quite yet. 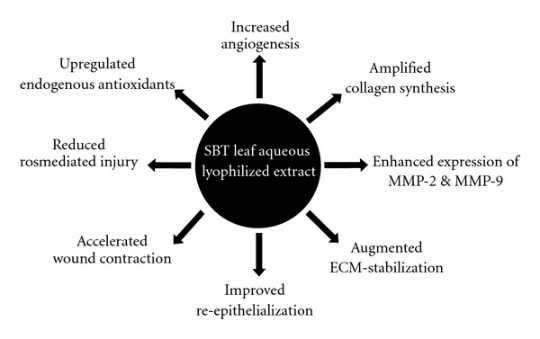