Today I have two news items for the ladies (and all the men who love them). First I want to take on a condition that severely affects the quality of life for many women. After that, I’m going to provide new information about how women can help avoid an all too common killer.

Back in the 80’s, tanning beds were the hip way to stay bronzed all year round. It was no longer necessary to travel to the beach or lay out by the pool to sunbathe. Even in the middle of winter in Alaska or Minnesota, you too could have that orangish glow that told everyone that you were part of the tanning bed club. But like all trends, the tanning bed craze slacked off in time.

Unfortunately, not all trends recede over the years. One negative trend that is becoming more and more common is a mind/body syndrome called fibromyalgia. Fibromyalgia (FM) is complex condition that can cause pain in the joints, muscles and nerves. It is also often associated with fatigue and psychological states such as anxiety, depression, insomnia and poor concentration.

When women first began reporting FM symptoms, they did so without knowing what to call it. They described how badly they felt and their doctors often dismissed their complaints or diagnosed them with some other condition (often times a psychological disorder). Today, it is estimated that fibromyalgia affects nearly 2% of the population at large. And so, naturally, there are now prescription medications that are used to manage FM. But as with most medications, side effects and/or a lack a efficacy are often reasons to seek alternative treatments.

A recent study published in the Journal of Alternative and Complementary Therapies, examined the role of UV light exposure on a group of women with fibromyalgia. The reason they decided to conduct this test is because prior research suggested that low levels of vitamin D (which is produced by the skin through sunlight exposure) may play a role in the development of FM and the associated psychological symptoms.

To test this hypothesis, 19 women with fibromyalgia periodically laid in either a UV tanning bed or a non-UV tanning bed. The researchers tested the volunteers’ levels of pain and their mood by using scientific tests and questionnaires. Here’s a summary of the results of the 8 week study:

My interpretation of this data is that UV light (and perhaps sun exposure and vitamin D supplementation) may be useful in reducing fibromyalgia symptoms. But, you need to keep on providing a source of UV radiation for the positive effects to continue. 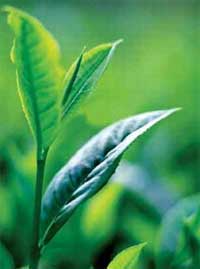 Breast cancer accounts for more than 10% of all the cancers diagnosed each year. Modern medicine has come up with many methods to treat this dreaded condition. But, they haven’t yet come up with reliable ways of preventing it. And as you can imagine, prevention is a much better way to go then treatment.

If prevention is the key, perhaps we should pay close attention to new evidence emerging from China. This month’s issue of the Journal of Nutrition reports that regular green tea consumption may reduce the risk of breast cancer by about 12 percent. It’s also interesting to note that the ladies who drank tea for the greatest number of years and in the strongest concentrations appeared to derive the most powerful protection.

Another similar study will be published in March of 2009 in the International Journal of Cancer. In that study, a protective effect was found in pre and post-menopausal women who regularly consumed green tea and mushrooms (either dry or fresh mushrooms). A combination of both green tea and mushrooms appeared to offer an even greater protective effect than consuming either one by itself.

In my opinion, this kind of data is invaluable. It provides us with additional clues about what we may be able to do to keep ourselves well. And that should be the primary goal – keeping ourselves well. Fighting a disease or trying to reverse a condition is much more difficult and costly than trying to avoid it in the first place. But taking the necessary steps to try and maintain wellness often requires more effort and a proactive attitude. Is it worth it? I think so. But, that’s a determination that we all have to make.