The Internet has opened up a world of scientific information previously inaccessible to most people. I frequently pour through dozens upon dozens of medical journals that I couldn’t possibly subscribe to, and would otherwise have to access through an academic library. Quite simply, the Internet makes the consulting and written work I do much, much easier and efficient. However, the vast stores of information currently available on the ‘net’ isn’t always reputable. The combination of easy, free access and sometimes sensational information is often the basis for the modern myths that are widely spread today. One of the more popular urban tales has to do with the implications of cooking using a microwave oven. 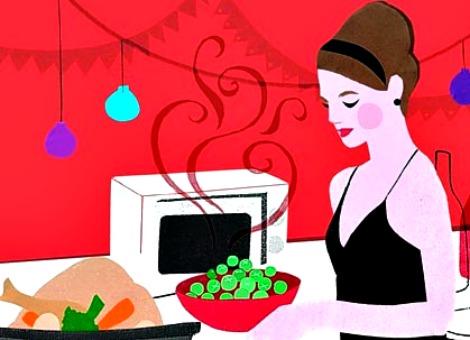 According to numerous studies published over the last decade, microwave cooking compares favorably to most other forms of food preparation including frying, pressure cooking and steaming. The majority of what’s known is based on experiments testing the levels of nutrients and phytochemicals contained in vegetables – prior to and after cooking. A case in point is a study presented in the March 2007 edition of the Journal of Food Science. In it, Italian scientists determined that microwaving preserved greater amounts of sulforaphane, the cancer fighting antioxidant, and Vitamin C than boiling or steaming. Additional inquiries have determined that other beneficial phytochemicals in broccoli and yams, such as diosgenin and glucosinolates, are retained better in microwaved samples because they don’t degrade as much or leach into the residual water associated with other cooking techniques. Since many of the health promoting properties of vegetables appear to be dependent on these antioxidant components, it would seem that microwaving should at least be considered when not eating raw. As an added bonus, microwave cooking, as opposed to baking, frying or roasting, also avoids the formation of acrylamide, a suspected carcinogen.

Microwaving has likewise been shown to lower the levels of potentially harmful substances in seafood. One recent study reports that microwave cooking decreases the content of a toxic class of bacteria found in fish known as cyanobacterial toxins. Other research dating back to 2005 reveals that several forms of cooking, including microwaving, significantly reduce the levels of persistent organic pollutants in farm raised salmon. From a taste standpoint, microwaving wouldn’t be my first choice for cooking scallops, shrimp or trout. But, from a health perspective, it’s a viable alternative to baking or grilling.

In closing, I’d like to address two points regarding microwave cooking. The first is the importance of only using ceramic or glass vessels when microwaving. Plastic containers and wraps are known to transfer dangerous chemicals (polyethylene terephthalates) into food. These days, it’s easy to find plastic-free containers for cooking meals and storing leftovers. Lastly, don’t believe the hype about microwaved water being dangerous. The good folk at Snopes.com recently debunked the myth that microwaved water is somehow damaging to animals, humans and plants. It’s just not so. This is a prime example of a disreputable claim that has spread like wild fire on the ‘net’ without proper vetting. To the best of my knowledge, there is no serious reason not to the use the microwave to reheat foods and even cook when the end results are pleasing.

Study 6 – Production of Acrylamide in Agricultural Products by Cooking … (link)

Study 10 – Boiling Point – Claim: Water That Is Boiled in a Microwave Oven … (link)

How Diosgenin May Protect Against Cancer 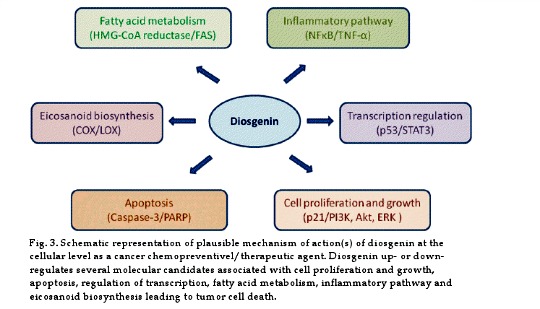