Throughout history, adolescents and adults with acne and oily skin have utilized clay masks as a means of improving appearance. This technique may not be technologically advanced, but you’ll still find it featured in the most cutting-edge skin care lines and offered at clinics and spas in the ritziest neighborhoods. Still, historical practices and modern popularity don’t always guarantee a strong rationale for using a given therapy. Fortunately, in recent years, scientists have begun to examine whether therapeutic clay truly deserves a place in 21st century dermatology. 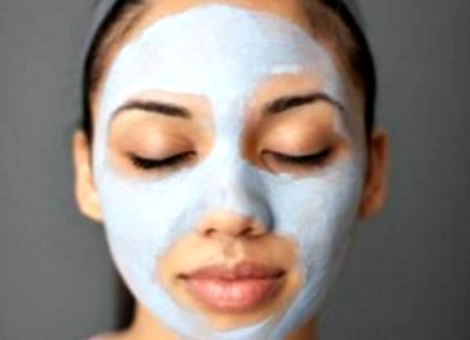 A just published study in Forschende Komplementarmedizin, a prestigious German medical journal, reports that applying a clay facial mask 2-3 times per week over a 6 week period reduced the number of acne skin lesions by 54% in a group of 194 adults. An interesting side note is that the researchers involved chose to add jojoba oil to the clay in this experiment. Jojoba oil is another traditional ingredient that is often touted as a hydrating and soothing agent for dry and irritated skin.

If the topical application of clay does in fact improve the condition of skin, the question that begs answering is why. Over the past few years, a handful of potentially relevant mechanisms have been established in the scientific literature. For starters, clay minerals possess antibacterial properties which may help manage skin infections. Also of significance is an animal study from March 2012 which determined that clay stimulates collagen production and could, therefore, be useful in improving thinning and wrinkling skin. In addition, the related practice of applying “mud packs” has been shown to increase skin microcirculation and balance pH and sebum production. Healthy blood flow is essential to the well being of all organs of which skin is the largest. An imbalance in pH and an overproduction of sebum results in inflamed and oily skin frequently associated with acne.

So, at long last science appears to be catching up and embracing one of the oldest of all cosmetic procedures. And, perhaps best of all is the fact that you don’t have to spend a lot of money to benefit from this holistic practice. Health food stores and online vendors are replete with affordable, all-natural clay powders and pure jojoba oil products. What’s more, you can very easily apply them yourself. In many instances, all it takes is mixing the clay with purified water and spreading a thin layer over the affected areas of skin. Adding oil, such as jojoba, is sometimes recommended for combination or dry skin. After the mask dries in about 15 to 20 minutes, you simply wash it off and moisturize, if desired.

Examining the Antibacterial Effectiveness of Clay


10 Comments & Updates to “Clay Masks for Acne and Oily Skin”