Every so often, a product hits the market that has the potential to genuinely improve both health and quality of life. The newly introduced, “Carb Zero Bread” by Julian Bakery is a rare example of precisely that – a true innovation in the baked goods sector. In the past, there really wasn’t a good option for individuals who were seeking both gluten-free and low carb breads. You can find a few low carb breads that contain gluten. There are also many carb laden, gluten-free breads available in specialty shops. But, a combination of the two? Until recently, that didn’t exist. 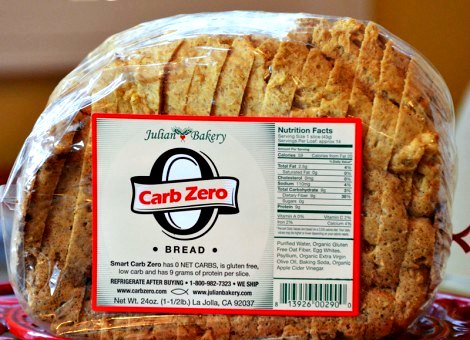 Speaking from experience, I can tell you that completely avoiding bread while otherwise living a “normal” life is possible. But, for me, it was a sacrifice. I missed having sandwiches and toast. Not only were these foods a daily part of my childhood, but they’re also economical and easy to prepare. However, the notion of jeopardizing my weight loss goals and health lead me to avoid virtually all grain based products for years. I simply didn’t want to regain weight or feel the familiar bloat and lethargy that used accompany meals and snacks containing gluten and processed carbs.

Although I generally recommend avoiding grains, I do so reluctantly at times. For instance, I’ve always believed that there’s some benefit in eating unrefined oats. Still, I maintain some reservations because of the relatively high carbohydrate content. Even the best forms of oats, such as oat bran, contribute approximately 15 grams of non-fiber carbohydrates per ounce. That’s a lot of carbs to consume in order to benefit from the 4 grams of fiber that the same size serving provides. And, let’s face it, fiber is the primary reason why doctors recommend and patients consume oats.

So, along comes this new product, “Carb Zero Bread”, which boasts “Organic Gluten Free Oat Fiber” as it’s only grain source. When I saw this, my brain lit up like a pinball machine at a biker’s bar. This is what I’ve been waiting for! Each slice of this groundbreaking bread contains 9 grams of fiber from gluten free oats and psyllium. But, that’s far from all. There’s also 9 grams of protein per thin slice. The “net” carb count is, as the name implies, zero. This essentially means that the only carbohydrates present are in the form of fiber which is unlikely to provoke any undesirable effects on blood sugar. What’s more, I don’t see any ingredient listed on the label that I have a problem with at all, which is exceedingly rare.

While no “structure/function” claims are made about this product, I wouldn’t be surprised if regular users find multiple health benefits. I base this on numerous scientific publications which report that daily consumption of fiber rich oats and psyllium: a) lower LDL and total cholesterol by roughly 5 to 10%; b) reduce post-meal blood sugar and insulin output; c) modulate gut hormones in a manner that supports appetite control; d) counter oxidative stress thanks to naturally occurring antioxidants including avenanthramides. In addition, a recent review that assessed the appropriateness of oat consumption in those with gluten intolerance determined that, “the majority of people with celiac disease can tolerate moderate amounts of pure oats”. The authors of the paper go on to say, “The incorporation of oats into a gluten-free diet provides high fiber and vitamin B content, increased palatability, and beneficial effects on cardiovascular health.” Finally, a few slices of Carb Zero per day may very well work wonders for anyone struggling with constipation.

Potential health benefits are one thing, but you’re probably wondering how the bread itself tastes. Don’t expect it to remind you of a fresh out of the oven baguette from an esteemed Parisian bakery. That’s not really what this product is all about. The goal here to balance flavor and nutrition for consumers that otherwise wouldn’t be able to enjoy bread at all. In reality, the taste is relatively neutral, which makes it a good vehicle for toasting, sandwiching or topping with tasty ingredients (organic cream cheese, nitrate-free cold cuts, sugar-free jams, etc.). Carb Zero comes in an original flavor and a cinnamon version, which could be enjoyed for making French toast, bread puddings or other sweet applications. In my opinion, this bread tastes best when toasted well prior to eating. Otherwise, the texture is a bit spongy. Like other members of the Julian Bakery line, it’s not cheap – $7.99 for 16 slices. However, keep in mind that this bread is more filling and nutritious than most. Availability is another issue to consider. Presently, Carb Zero isn’t widely stocked in most health food stores and markets. If that’s the case in your part of the world, you can always order directly from Julian Bakery.

Study 4 – The Right Fiber for the Right Disease: An Update on the Psyllium … (link) 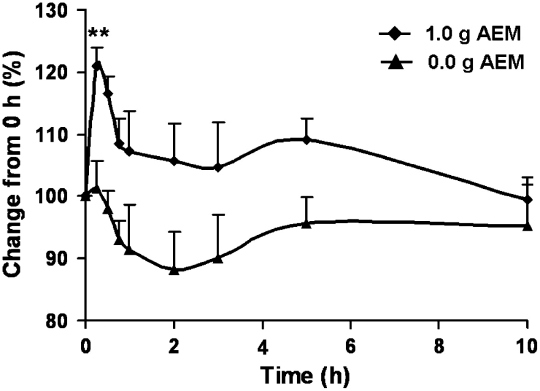