One of the most popular columns I’ve written thus far focused on the promise of krill oil for conditions as diverse as arthritis to premenopausal syndrome. I based the content of that particular piece on several studies from the last decade that found decidedly positive results alongside an enviable safety profile. In essence, I concluded that krill oil may very well be superior to fish oil and other sources of omega 3 fatty acids. If this is indeed the case, it’s likely because of krill oils unique composition – which features astaxanthin, a potent antioxidant, and phosholipids which assist with the absorption and retention of omega 3 fatty acids and may impart health benefits of their own. However, I also cautioned that the data on krill oil was preliminary and nowhere near as extensive as that of fish oil. 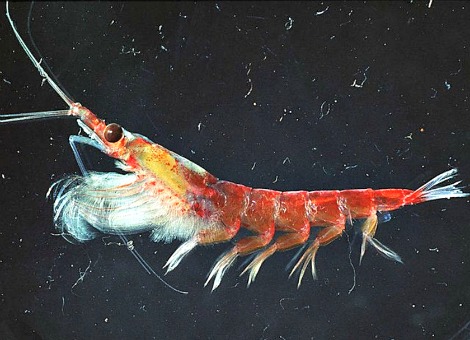 Three years have passed since I posted my original krill oil (KO) assessment. Since then, numerous animal studies have been published which tend to support my initial optimism about this shellfish-derived supplement. The trials in question indicate that adding krill oil to the diets of test animals may: a) decrease the risk of “diet-induced obesity” and related liver damage; b) attenuate some of the harm caused by myocardial infarctions (heart attacks); c) reduce inflammation, oxidative stress and tissue damage in a rat-model of ulcerative colitis – a prevalent form of inflammatory bowel disease (IBD); d) protect against rheumatoid arthritis advancement and symptomatic severity. Interestingly, the one negative study I discovered examined the relative bioavailability of krill oil vs. other omega 3 sources, mostly fish oils – menhaden oil (MO), salmon (SO) or tuna (TO). According to the authors of the trial, “Rats fed KO had significantly lower DHA digestibility and brain DHA incorporation than SO and TO-fed rats. Of the n-3 PUFA sources, rats fed SO and TO had the highest n-3 PUFAs digestibility and, in turn, tissue accretion”.

Recent trials evaluating the bioavailability of krill oil (vs. fish oil) in humans have yielded positive, albeit, modest results. In general, krill oil appears to provide comparable effects to fish oil using a slightly lower dosage. In real world terms, 543 mg of DHA & EPA from krill oil has been found equivalent to 864 mg of DHA & EPA from fish oil. However, taking into account the considerably higher cost of krill oil, this isn’t a very good proposal. In addition, one experiment, which tested these very same amounts of fish and krill oil over a 7 week period found, “no statistically significant changes in any of the serum lipids or markers of oxidative stress or inflammation between the study groups”. That’s a clear disappointment and in stark contrast to the evidence I presented in my initial column. In fact, the last few years have failed to produce any human data that inspires much confidence in the use of krill oil over other omega 3 sources. In fairness, there may be confounding factors involved. For instance, the majority of the recent studies have used a source of krill oil manufactured by Aker Biomarine which contains low levels of astaxanthin – significantly lower than the amount contained in the krill oil used in some of the earlier investigations. But, what interests me most is this: Krill oil sales have skyrocketed over the past few years although the quality of research supporting its use has taken a turn for the worse. Only time will tell if continued brisk sales and better study results are in the cards for krill oil in the years to come. At the moment, my personal view of KO is not nearly as rosy as it was in 2009. 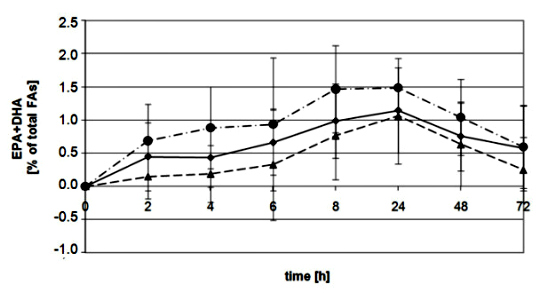