A Natural Alternative to Viagra

Viagra has rapidly become one of the best known pharmaceutical drugs in the history of modern medicine. Cialis is very high up on that list as well. The reason for their popularity is two-fold: 1) these drugs provide an effect from which many men benefit, and 2) both of these drugs are “quick fixes”. You can still smoke, eat horribly and live a sedentary life, but as long as you use these powerful medications, you can still function “normally”.

Well I’m here to tell you that there’s another option available to many men. It’s cheaper, it’s safer, and it’s likely to promote a longer life as well. I wish I could bottle the information that I’m about to share. But sadly, this kind of information can only be enacted by those who read it. 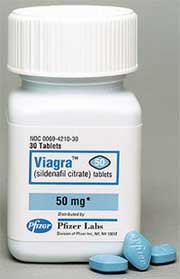 In my research, I came across three recent studies that examined the role that weight loss, exercise and diet could potentially play in male sexual function. The first study was published in the December 2008 edition of the Journal of the American College of Surgeons.

97 men with an average age of 48 years enrolled in the study. They had a few things in common: a) they all had gastric bypass (weight loss surgery); and b) they suffered from varying degrees of sexual dysfunction. To measure the degree of dysfunction, the authors of the study had the volunteers complete a questionnaire called a Brief Male Sexual Function Inventory (BSFI).

The researchers then followed up on the weight loss and any changes in sexual function for an average of 19 months. Here are the results they reported:

Another study, in the January 2009 Journal of Clinical Endocrinology & Metabolism provides some additional evidence that may help to explain these desirable changes. In this study, a group of 22 obese men (who had gastric bypass surgery) agreed to have their body mass index and hormone levels tested. They also completed a special quality of life questionnaire that focused on their sexual lives. The men were tested prior to their surgery and again two years afterward.

The researchers found several keys changes in the obese men that positively affected their sexual functioning. The changes included the following:

The researchers concluded that, “Hormonal alterations and diminished sexual quality of life among obese men are related to degree of obesity”.

And finally, a study from the end of 2008 appeared in the Journal of Sexual Medicine. It was a review of the scientific literature relating to diet, exercise and obesity-related erectile dysfunction.

The authors’ analysis can be summarized as follows:

Now I’m sure that certain groups that profit from gastric bypass surgery will seize upon similar information and use it to promote their business interests. And truthfully, gastric bypass surgery may offer benefits to some. But what if the same positive health effects could be achieved without the surgery? The final study I cited provides evidence that it is not only possible, but probable – provided that those who are interested, are willing to do the work required.