Last week I had the good fortune of visiting Venice, Italy for the very first time. Along the way, I snapped countless photographs to share with family and friends. And, as I consider you all a part of my circle of family and friends, I’d like to take this opportunity to share several highlights from time away from home: The Doge’s Palace; The Pigeons of Piazza San Marco; Fresh Melon and Prosciutto; The Venice Film Festival; Stormy Venice Flag. While in Venice, one of the details I noticed each morning at breakfast was an assortment of jams and pastries featuring bilberries. For those who don’t already know, European bilberries (Vaccinium myrtillus) are closely related to huckleberries and wild blueberries indigenous to North America. 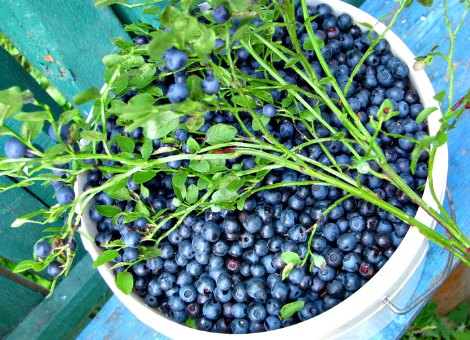 There is a growing body of evidence to support the popularity of bilberries in Italy and other European countries, which also points to their medicinal potential. In particular, an upcoming paper appearing in the October 2012 issue of the American Journal of Clinical Nutrition reveals that eating 1 to 2 portions of berries daily may improve the function and health of arteries and lower the incidence of heart disease. In addition, a trial involving the use of a standardized bilberry and black currant extract was recently shown to positively influence cardiovascular risk markers by decreasing LDL (“bad”) cholesterol and systemic inflammation, and elevating HDL (“good”) cholesterol. The supplement in question provided a total of 320 mg/day of a form of berry antioxidants known as anthocyanins. Other breaking research reveals that bilberry extracts may also counteract the symptoms of various diseases including glaucoma (a leading cause of vision loss) and ulcerative colitis (an inflammatory bowel disease).

Baked goods and sweetened fruit preserves are not a very constructive way of deriving the benefits of any kind of berry. The refined flour and/or sugar added to such delicacies negate much of the inherent healthful properties found in the fruit itself. However, not all forms of processing are detrimental to the attributes associated with raw berries. In fact, a group of Italian scientists recently discovered that blanching bilberries actually improves their antioxidant effects in vivo. So, if you find a way to make low glycemic jams and/or pastries at home, do so with the knowledge that they will likely support the health of your eyes, cardiovascular and digestive systems, and much more. 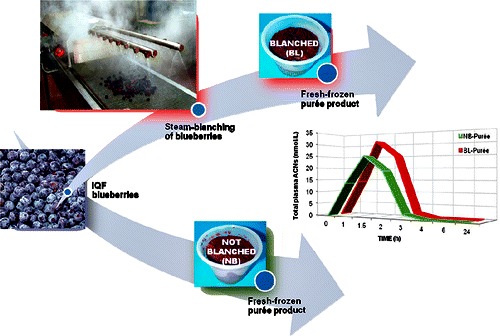