On a daily basis, headlines appear on your computer screen, radio and television that may lead you to question almost everything you think you know about how to stay well. The latest and most provocative example is a news item that puts into question the value of consuming organic foods. Conventional media outlets, including Reuters, have posted pieces with definitive sounding titles such as, “Organic Food No More Nutritious Than Non-Organic”. However, a closer look at the source data and current studies appearing in the scientific literature suggest that there’s more to the story than just this sort of headline. 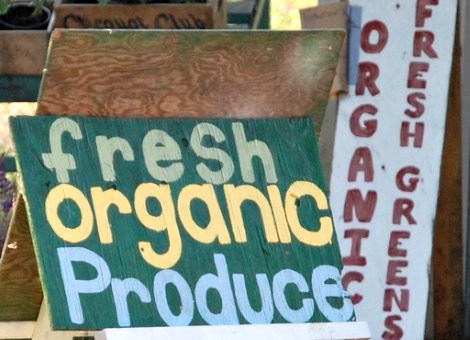 Let’s start by examining the information presented in the original article appearing in the current issue of the Annals of Internal Medicine. In it, an evaluation of 240 studies (17 human studies and 223 studies testing contaminant and nutrient levels) were analyzed by a few independent investigators. Two of the human trials determined that organic diets resulted in “lower urinary pesticide levels among children consuming organic versus conventional diets”. Not surprisingly, the likelihood of finding detectable pesticide residues in conventional produce was significantly greater – 30% in conventional and 7% in organic samples. What’s more, according to Reuters, “Organic pork and chicken were 33 percent less likely to carry bacteria resistant to three or more antibiotics than conventionally produced meat”. The conclusion of the review states that, “Consumption of organic foods may reduce exposure to pesticide residues and antibiotic-resistant bacteria”.

From a health standpoint, the single most important message I want to convey is that there’s much more to food than just nutrient content. Within every whole food there are naturally occurring chemicals (known as phytochemicals), which are non-nutritive but, nonetheless, benefit various aspects of well being. Many studies, including several from 2011 and 2012, demonstrate that organically grown produce is generally higher in health promoting substances including carotenoids, omega-3 fatty acids and phenolic compounds than conventionally grown and raised foods. Of late, some of the common foods that have shown organic superiority include: bell peppers, blueberries, broccoli, dairy products, spinach and tomatoes. In some instances, greater concentrations of select nutrients, such as Vitamin C have also been established.

Apart from the phytochemical issue, any balanced review of organic versus conventional foods needs to acknowledge several key points: 1) Organic foods are almost always more expensive; 2) Not all conventionally grown fruits and vegetables contain meaningful levels of pesticides; 3) Organic farming tends to be more challenging for farmers, but likely better for the environment via the promotion of healthier ecosystems. Points 1 and 2 can largely be addressed by reviewing the Environmental Working Group’s Shopping Guide to Pesticides in Produce. The list is a helpful resource for anyone on a budget who is interested in avoiding diet related chemical exposure. The issue of environmental impact is outside of the realm of this particular blog. Nevertheless, since we’re all sharing the same planet, it’s a topic that I believe is worthy of consideration.

Study 3 – Quality Parameters and Antioxidant Properties in Organic and … (link)

Study 6 – Comparison of Nutritional Quality Between Conventional and Organic … (link) 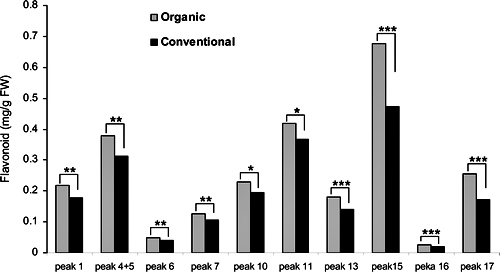