Recently, an intriguing study published in the journal Circulation Research made headlines in the mainstream news. In the trial, a group of scientists from Barcelona, Spain compared the effects of conventional and de-alcoholized red wine in 67 men at risk for cardiovascular disease. The researchers also tested the impact of gin in a cross-over, randomized manner. The surprising results of the trial revealed that only the non-alcoholic red wine induced a significant reduction in blood pressure. Specifically, they noted a drop of 2 mmhg diastolic and 6 mmhg systolic blood pressure. In real world terms, this equates to an estimated 14% lower risk of coronary heart disease and 20% decline in stroke incidence. 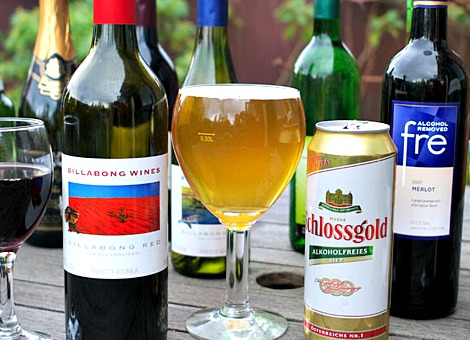 Even proponents of moderate wine consumption agree that alcohol isn’t appropriate for everyone. For this reason, researchers have been trying to determine whether the relative health benefits of certain alcoholic beverages, such as red wine, may be attainable without the presence of alcohol itself. Some of the highlights of these investigations report that de-alcoholized wine: a) protects against DNA damage and oxidative stress, which is associated with numerous diseases including Alzheimer’s, cancer and diabetes; b) lowers inflammatory cytokines that may contribute to hardening of the arteries; c) does not increase the risk of excessive “blood thinning” that can occur with high dosages of alcohol, but safely improves circulation via improved endothelial function.

Manufacturers of non-alcoholic wines generally claim that their processing techniques retain virtually all of the beneficial components found in conventional wine – except for the ethanol. What’s more, they advertise that their red and white wines contain as little as 1/3 of the calories of alcoholic counterparts. This is an obvious advantage for those concerned about weight management. Another relevant point is that at least one investigation determined that de-alcoholized grape wine actually lowers blood sugar (fasting blood sugar and HbA1c – a measure of long term glycemic control) and insulin in type 2 diabetics. Having said that, because of the considerable differences in how different brands are processed, I suggest that diabetics, hypoglycemics and those on low carbohydrate diets test their individual reaction to non-alcoholic wines. In the near future, I plan to use a home blood testing kit to do the same. Last, but not least, is the issue of taste. According to one manufacturer, alcohol-removed wine does not taste like (unfermented) grape juice. However, they admit that the body, taste and texture differs from regular wine. The resulting product is supposedly “less robust” and “lighter”. I’ll perform my own personal assessment of the taste factor (and blood sugar effects) and report back. 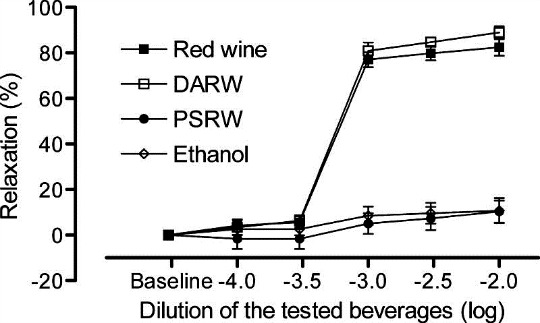