It is estimated that canker sores affect over 25% of the general population. This painful condition usually manifests itself in the form of small ulcers that develop inside the mouth. The size of the ulcers and the severity of pain varies from simply being an irritating nuisance (minor canker sores) to a seriously life affecting condition (major canker sores). The impact of this recurrent health issue is heightened by the fact that we use our mouths all day long.

Fortunately, new research out of Israel may help provide relief to those who suffer from Recurrent Aphthous Stomatitis (RAS), which is the technical name for canker sores. This is a real breakthrough because there currently aren’t any reliable, long-term treatment options available. 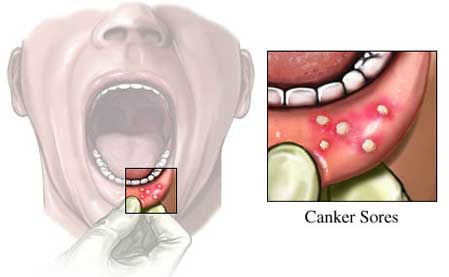 The study, published in the February 2009 issue of The Journal of the American Board of Family Medicine, describes a recent experiment that set out to determine if vitamin B12 could help reduce the symptoms and frequency of RAS outbreaks. In order to test this theory, the authors of the study split up a group of 58 volunteers with RAS. 31 of the volunteers were given 1,000 mcg of sublingual B12 (administered under the tongue) at bedtime. The remaining 27 participants were given an identical-looking placebo. The trial lasted a total of 6 months.

All of the volunteers were asked to fill out a Numerous Rating Scale (NRS) and an “Aphthous Ulcers Diary” throughout the course of the experiment. These were used by the researchers to determine the magnitude and duration of the symptoms. At the conclusion of the 6 month period, the researchers combed through the diaries and scales to see if there were any changes. Here’s what they discovered:

The authors of the trial concluded that, “Vitamin B12 treatment, which is simple, inexpensive, and low-risk, seems to be effective for patients suffering from RAS, regardless of the serum vitamin B12 level.”

I did some additional digging and found other evidence that supports these findings. In November of last year, a study published in the American Journal of the Medical Sciences also investigated the potential role of B12 in canker sores. In that study, 94% of the patients found an improvement in RAS symptoms after supplementing with vitamin B12. Another observation that was mirrored in the first study is that the B12 supplemented patients benefited even if they already had “normal” B12 levels in their systems.

This is a very important study, in my opinion. Not only does it provide a safe and seemingly effective long-term solution for canker sores, but it also makes the point that “normal” levels of nutrients are sometimes not enough. This observation can’t be used to imply that all nutrients should be taken in large dosages. But, it does make the case for the use of “optimal”/higher dosages of nutrients under certain circumstances. If more doctors would accept that possibility, a larger number of safer options would be available to help improve the lives of a great many patients.