If you follow me on Twitter, you’ve probably noticed that I regularly post tips about how I promote wellness in my own life. When putting together my “tip tweets”, I try to share information that is practical in nature. One example is the way I sometimes use almond butter as a meal replacement. 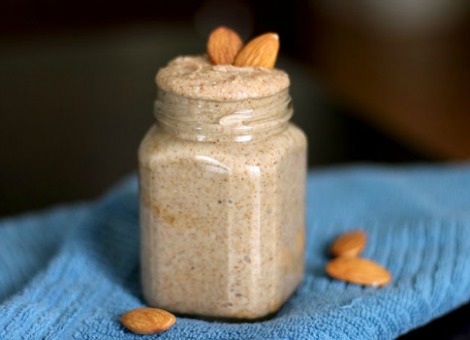 I’ve noticed that many of my clients find it difficult to make time for breakfast. In certain instances, it’s a matter of lacking appetite so early in the day. For others, making a healthy breakfast just doesn’t fit into their morning routine. In any event, there is value in eating something nutritious at the start of the day, and a few tablespoons of almond butter is a simple option worthy of consideration.

There’s a multitude of information available about the health benefits and nutritional content of almonds. For starters, they’re a rich source of fiber, magnesium, potassium and protein. Like most other nuts, almonds are decidedly low in carbohydrates and boast a glycemic load of 0. What’s more, the unique composition of almonds make them a valuable resource for anyone interested in reducing the risk of cardiovascular disease, diabetes and metabolic syndrome. If that’s not enough reason to eat more almonds, researchers have recently discovered that these delectable tree nuts are considerably lower in calories (-32%) than originally reported.

In fairness, it should be made clear that the vast majority of studies conducted on almonds have examined the effects of whole nuts rather than the butter or ground form. However, the two studies that have been published in peer-review, scientific journals report that almond butter is equally effective, and occasionally more so, as whole nuts in promoting fullness and stable blood sugar levels. Also noteworthy is that both raw and roasted almond butters appear to confer similar improvements in terms of lipoproteins such as HDL and LDL cholesterol.

If I don’t have time for a proper breakfast, I’ll frequently have a couple of tablespoons of almond butter along with a cup of unsweetened, vanilla coconut milk. Why this combination? Apart from the impressive nutritional content, this food pairing is particularly well suited to enhancing nutrient assimilation. And, since I always take a portion of my dietary supplements early in the day, this is an ideal time to optimize absorption. According to two recent studies, the predominant fatty acids in almonds (monounsaturated fats) and coconuts (medium chain triglycerides) may increase the uptake of fat soluble antioxidants (carotenoids) and nutrients such as Vitamin D. So, to summarize: almond butter and unsweetened coconut milk are low in carbohydrates, nutrient dense and provide an excellent accompaniment for supplements. The fact that this combination is both convenient and delicious is just an added bonus.

Study 3 – Discrepancy Between the Atwater Factor Predicted and Empirically … (link) 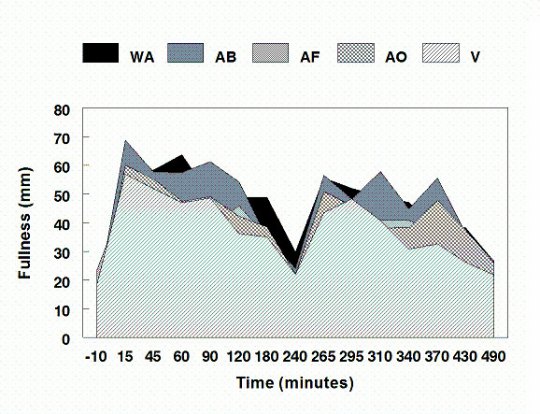