The concept that aging inevitably brings about negative changes in our bodies and minds is widespread. Many people simply accept the “fact” that the physical body will weaken, eyesight will become blurry and the brain will no longer cooperate like it used to. To that I say: fight it! Accept what can’t be changed, but do whatever is possible to improve the things that are pliable. For example, we can and should adopt a philosophy that an aging brain can learn new tricks.

A very hopeful study will be published in the April edition of the Journal of the American Geriatrics Society. In this study, researchers from multiple universities enrolled almost 500 patients in an 8 week long experiment. The goal of the experiment was to determine if a commercially available computer program could help sharpen the mental skills of healthy senior citizens (with ages ranging from 65-93). 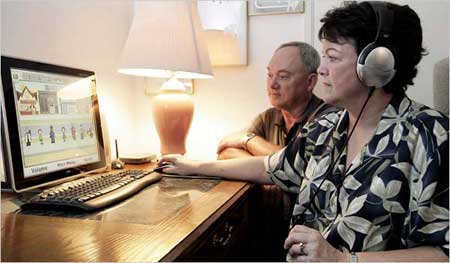 In the study, half of the participants used a specific computer program called the Brain Fitness Program. The other half of the volunteers watched educational DVDs and took tests on the material afterward. The idea was to have both groups engaged in activities that required focus and memory recall.

The Brain Fitness Program involved a series of six audio exercises performed on a computer. These exercises were intended to help identify “fine distinctions in sound, and do it in a way that keeps the user engaged”. My interpretation is that focused attention to detail is the primary objective of these audio assignments. Those engaging in the Brain Fitness Program spent a total of 40 hours, spread out over the 8 week trial, practicing these exercises.

By the study’s end, certain changes in cognitive function were noted. Here are a few of the highlights:

In my opinion, the most interesting finding is that practicing audio exercises resulted in improvements that weren’t involved in the training. The audio exercises had no specific relation to the everyday, practical applications of memory or attention – like recalling a neighbor’s name or being able to focus in a crowded store. Still, the effect of these audio exercises displayed themselves in real life circumstances. This is ultimately what we want: real life results.

I’ve been noticing a trend over the past several years that shows a consistent association between poor blood sugar control and poor brain function. This pattern continues in this month’s issue of the journal Diabetes Care. 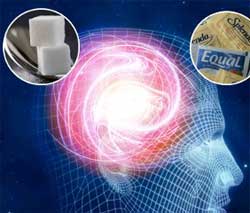 In the study presented, almost 3,000 type-2 diabetics were asked to participate in four cognitive tests. The researchers also drew their blood and analyzed it for the level of A1C. The A1C test measures long term (2-4 months) blood sugar control.

The results of the test were unmistakable. Higher A1C scores were associated with lower scores in all four of the brain function tests. The researchers commented that, “This study adds to the growing evidence that poorer blood glucose control is strongly associated with poorer memory function and that these associations can be detected well before a person develops severe memory loss.”

So lets all try to look at the upside of aging. We can still play computer games. In fact, they’re good for us! But we should probably avoid eating too much candy. Mom was right about that one.