Did you know that cardiovascular disease is the #1 cause of death in women 25 and up? There’s not even a close second in the mortality race. You’d have to add up all the deaths from every form of cancer and multiply that number by almost two in order to equal the number of heart related deaths. Pretty shocking, isn’t it?

In today’s blog, I’d like to share some information about a little known but very valuable nutrient that may help tip the odds in your favor with regard to heart disease. 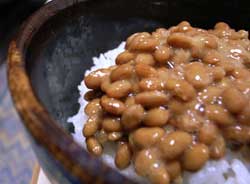 The new issue of the journal Nutrition, Metabolism and Cardiovascular Diseases focuses on the role of vitamin K in the development of Coronary Heart Disease (CHD). Before I describe this exciting new research, I’d like to briefly discuss the different forms of vitamin K that are found in nature.

One of the key differences between MK-4 and MK-7 is that MK-7 is retained in the body for a much longer period of time. It is estimated that MK-7 is active for up to 3 days. MK-4 only remains in the blood stream for approximately one hour. Perhaps because of this difference, much lower dosages of MK-7 are required to produce a positive effect.

Researchers based in the Netherlands poured through previous heart disease research conducted on over 16,000 women. Their analysis focused on women who were free of heart disease ranging in age from 49-70. Over the course of about 8 years, these healthy women were asked to complete food frequency questionnaires which were used to determine their approximate intake of various nutrients.

During the 8 year trial, 480 women were diagnosed with Coronary Heart Disease (CHD). When the researchers carefully assessed a variety of dietary and lifestyle risk factors, they found a strong inverse connection between vitamin K2 and the risk of CHD. A 9% reduction in risk was found for every 10mcg dosage of vitamin K2 obtained through diet. The higher the consumption of vitamin K2, the lower the risk of a CHD diagnosis.  It’s also interesting to note that certain types of K2 were found to be most effective (the MK-7, MK-8 and MK-9 forms). In addition, they did not find any evidence that vitamin K1 provided a protective effect.

According to one of the study’s authors, “This study confirms our findings in the Rotterdam study, showing that increased vitamin K2 intake strongly reduces the risk of coronary heart disease. Also this study showed that the reduction in CHD was tied to the longer chain menaquinones 7, 8, and 9 – the menaquinones found most abundantly in fermented cheese.  As the Western diet is likely deficient in K, supplementation or enrichment of long chain menaquinones is an obvious choice.”

Since the Rotterdam study was mentioned, I want to briefly summarize the results of that research. In the Rotterdam study, nearly 5,000 men and women were analyzed. Analysis of 10 years of data found that those who consumed the highest quantity of vitamin K2 had approximately half the amount of calcium in their arteries and were also about 50% less likely to die from CHD. These results were based on those who consumed the greatest amount of vitamin K2 (about 45 mcg per day) compared to those whose intake was the lowest (roughly 12 mcg per day). Another similar finding in this study was that vitamin K1 did not appear to impart any significant heart protection.

So how is it that a relatively obscure vitamin does so much good for our cardiovascular system? The answer may be found in a vitamin K-dependent protein called “matrix Gla-protein (MGP)”. MGP is known to prevent the build up on calcium in arteries. But as my description implies, it doesn’t work without the presence of adequate vitamin K.

An important factor to remember about the Rotterdam study is that it involved both men and women. We cannot simply assume that what works for women will work equally well for men. There are too many examples that exhibit the folly in that kind of generalization.

Caution: People taking certain “blood thinning” medications should consult with their doctors prior to increasing vitamin K consumption through diet or supplementation.