The Science of Kissing and Love

Happy Valentine’s Day to you all! Since today is a time to reflect on all things romantic, I thought I’d lighten the usual tone of my blog and focus on a few decidedly non-medical topics: Kissing and Love! Today’s research is from the sector of academia that I refer to as “happy science”. It provides us with accurate information that we love to hear.

Kissing is Good for You!

Did you know that there’s an entire science focused solely on kissing? It’s true! It goes by the name of philematology. A recent presentation at the American Association for the Advancement of Science adds new insight to this science by examining the inner workings of the brain when we kiss. The key to unlocking the mystery of the power of “smooching” appears to be in our saliva. 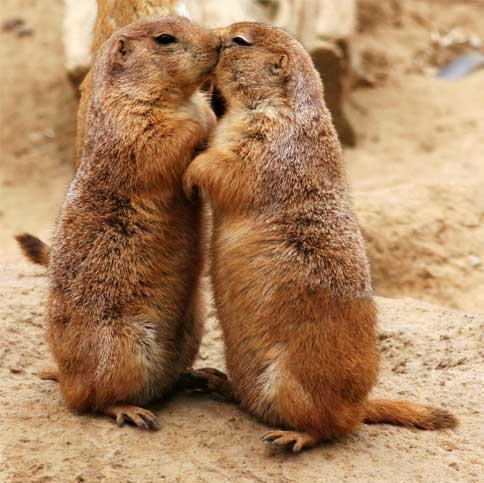 Two groups of college-aged, heterosexual couples participated in this experiment. One group was asked to kiss for 15 minutes. The other group simply held hands for the same amount of time. Prior to and after the hand holding and kissing, blood and saliva samples were taken from the couples.

The researchers who conducted the study noted certain chemical changes brought about by the kissing. Here are some of highlights:

But that’s just part of the picture. Dr. Wendy Hill of Lafayette College also made some additional comments about the importance of kissing. She noted that over 90% of human societies engage in this pleasurable practice. Dr. Hill believes that the primary reasons for doing so are three-fold: 1) to promote a sense of “attachment”, 2) to express “romantic love” and 3) to stimulate sex drive.

The findings of this new study help support those assertions. One additional observation made by another psychologist, Dr. Helen Fisher, is that men tend to prefer “sloppy kisses”. The reason for this is that certain chemicals and hormones are transferred in saliva. For instance, testosterone is a hormone found in male saliva that can encourage sex drive in both men and women.

We often think of passionate kisses as being part of new found love. It’s something that we expect to see in honeymooners and younger couples. But does that kind of love have to fade in longer term marriages and relationships? To find that answer, we must probe deep inside the brains of married couples. Don’t worry, it won’t be painful!

In the past, a specific time frame was given to represent the period of “romantic love” – 12 to 15 months. That was considered the golden age of intense desire and passionate love that couples felt for one another. After that, a different kind of love took over – one that was sometimes quite affectionate, but not nearly as exciting. Well new research disputes those notions.

In November of 2008, a study presented at the Society of Neuroscience examined 7 men and 10 women who agreed to have their brains scanned using an MRI (Magnetic Resonance Imaging). All of the men and women had been married an average of over 20 years and claimed to be deeply in love with their mates. During the course of the study, the volunteers were asked to look at photographs of their husbands and wives while their brains were being scanned.

The changes that the researcher saw in the participants’ brains were comparable to the changes in the brains of couples who had only been married for one year. One of the lead researchers, Dr. Arthur Aron, commented that, “We’re confident it’s real.” He went on to say, “That’s what the brain scans are telling us. People can’t fake that.”

Dr. Helen Fisher (also cited in the “kissing” study) of Rutgers University added, “If you ask people around the world whether romantic love can last, they’ll roll their eyes and say ‘probably not,’ and most textbooks say that too. We’re proving them wrong.”

I hope you all have a wonderful Valentine’s Day filled with long-lasting love and plenty of stress-reducing kisses.


One Comment to “The Science of Kissing and Love”