Dr. Abraham Maslow, the famous and influential psychologist, once quipped: “If you only have a hammer, you tend to see every problem as a nail”. If you go to see a doctor or health coach that has a particular specialty, they’ll usually make recommendations based on their personal training. And, if their “prescriptions”, whether allopathic or holistic, aren’t effective, the client or patient is left without a solution unless he sees another expert who offers a different perspective. Some of the people who don’t find solutions to their health concerns end up seeking out alternatives from consultants like me. Recently, a client in his late 70’s contacted me about natural methods of improving cognition and nervousness. But, as is often the case, this gentleman was already taking many positive steps to address his concerns – a reasonably healthy diet, adequate sleep, exercise, supplements, etc. Also, I was made aware that he wasn’t keen on the idea of daily meditation. He had tried it many times before and simply couldn’t or wouldn’t stick with it. 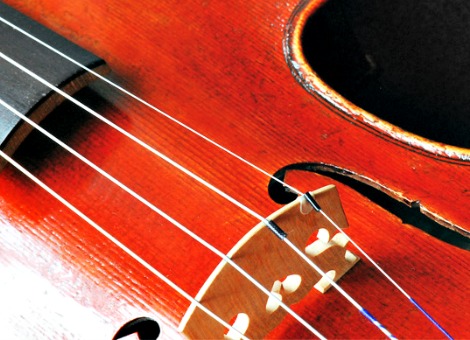 In this particular situation, I was a given an unexpected gift by my client. During the course of our conversation, he mentioned that he enjoyed listening to classical music. He considered it a pleasant and relaxing diversion. Bingo! This revelation opened the door to trying something old as a new form of therapy. Classical music can be therapeutic if it’s used in a therapeutic manner, such as listening on a daily basis for a set amount of time. The exact composition and time required varies from person to person. However, a good starting point is to set aside enough time to listen to a relaxing segment from a classical piece twice daily. In essence, you replace a typical meditation schedule (15 to 20 minutes, early and late in the day) with this form of musical therapy. Adjustments can and should be made based on your experience and preferences and/or guidance provided by those assisting with your health care.

For all interested parties, it’s important to note that scientific support for this mind-body approach can be found in the medical literature. Studies dating back to the 1960’s confirm that classical music positively affects both cognition (attention, learning, memory) and emotional states (motivation, recovery from stress, reduced anxiety) in a variety of patient populations. For instance, a trial appearing in the October 2007 issue of the journal Aging Clinical and Experimental Research reports that listening to excerpts of Vivaldi’s “Four Seasons” enhances working memory in older adults. There’s even been research conducted in surgeons that reveals that classical music improves surgical accuracy. The primary mechanism likely has to do a decline in cortisol, a stress hormone that can negatively influence brain function and many aspects of well being including cardiovascular and immunological status. Because of this, a recent review in the International Journal of Critical Illness & Injury Science concluded that the music of classical composers, “particularly Bach, Mozart, or Italian composers” should be utilized in hospital settings – even extending to intensive care units. 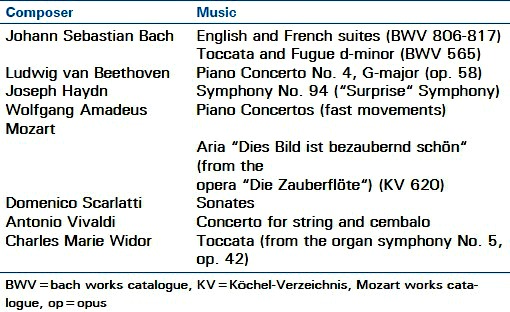