Springtime is rapidly approaching and with it comes seasonal allergies. I know that many of you probably dread the mere mention of those words. The good news is that there’s a new product coming to the market that just may help to naturally manage those nagging symptoms.

In the second part of today’s blog, I’m going to highlight some scientific information on a common fruit that may have broader applications than you might imagine. As usual, the health effects are also accompanied by probable health benefits instead of side effects.

Capsaicin is a naturally occurring chemical found in peppers that provides the distinctive hot taste and sensation we’re all familiar with. In folk medicine and modern naturopathy, capsaicin is being used in applications ranging from headache relief to arthritic pain management and even to help support weight loss.

Some brand new research adds to the mythology surrounding this culinary jewel. A study was just presented at the Western Society of Allergy, Asthma and Immunology that found that a natural, capsaicin-based nasal spray could effectively relieve the symptoms of nasal allergies.

The head researchers of the experiment tested two different capsaicin products. They both contained the same active ingredients, but utilized a “mucoadhesive” technology. This technology allows for the medication to remain in the nose longer and, therefore, requires fewer applications. 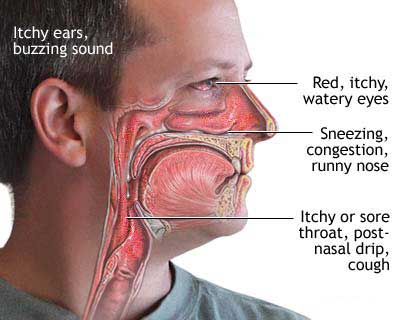 24 hay fever sufferers were enrolled in the study. Prior to and throughout the study period they were asked to record the severity of their allergy symptoms. The participants were also instructed to apply one spray of the capsaicin product in each nostril up to 12 times a day. This approach was followed for a 1 week period, after which a two week break was instituted. After the break, the other capsaicin product was tested in the same manner. Several key observations were noted:

The lead researcher of the study, Dr. Martha White, summarized the study in this way, “Unlike the prescription nasal steroid sprays, this is an all-natural product that has now been demonstrated to provide clinical benefit and is available without a prescription.”

“Let food be thy medicine and medicine be thy food.” I don’t know if Hippocrates was specifically thinking of cherries when he spoke those often quoted words. But if that was his inspiration, who could blame him? 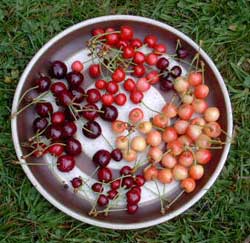 A group of scientists recently collaborated on a research study involving a variety of different cherries – Balaton, Glacier, Gold, Kordia, Montmorency, Rainier, Regina and Skeena. The reason they were interested enough to do so is because of the many health benefits now attributed to this super fruit.

In particular, the researchers of this study wanted to quantify the amount of antioxidants in the various types of cherries. They also wanted to determine which cherries would provide the greatest COX inhibiting effect. Many over-the-counter and prescription painkillers are synthetic forms of COX inhibitors. They also carry a long list of potential side effects. Some of these medications have even been pulled from the market due to safety concerns. This makes finding a safe and natural alternative all the more pressing.

Here are some of the highlights of the current research on cherries:

These laboratory findings are in line with other research that has found similar benefits in other richly pigmented berries. The COX inhibiting effect also opens the door to the possibility of a safer way to manage a variety of pain-related conditions.

You can of course derive many of the benefits noted above by eating fresh cherries. But if they’re unavailable or if you simply can’t eat cherries due to their sugar content, you might consider supplementing with a sugar-free cherry concentrate. These types of supplements generally are sold in the form of capsules or tablets. Liquid cherry concentrates are also available, but they do contain a fair amount of natural sugar.

I can’t promise you that a pepper spray will help to tame your seasonal nasal battles. I wish I could tell you that a concentrated cherry extract will rid you of all your arthritic pain, while at the same time helping to protect you from cancer and heart disease. But that’s beyond what the evidence allows. At this time, we just have some tantalizing clues about the potential of these natural remedies. If you ask me, that’s a pretty good start.