There are countless supplements that claim to enhance cognitive performance. Some even hint at providing protection against age-related cognitive decline. But, what if you’re just looking for a little extra “brain nutrition”? Perhaps you simply want to improve your attention, reaction speed or short-term memory. Or maybe you’re thinking down the line about natural ways to optimally nourish your brain before any signs of decline appear. The following recipe is valuable for virtually all brain stages. I suggest this very formula to many of my clients who are looking for everything from greater mental sharpness to strides in academic performance. 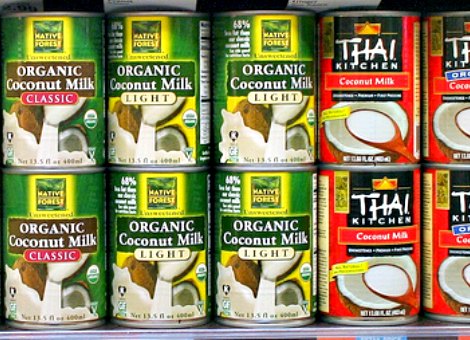 Every ingredient in my cognitive cocktail has been scientifically validated as both effective and safe with regard to enhancing brain function. Controlled trials and population studies indicate that blueberries reduce the rate of cognitive decline in seniors and support various measures of neurocognitive benefit including: associate learning and word list recall. Pure cocoa powder, a rich source of flavanols, supports blood flow to the brain and insulin sensitivity. For these reasons and others, interventional studies indicate the cocoa extracts are useful for those with mild cognitive impairment and those who need to perform at a peak level during cognitive tasks such as test taking. Coconut milk is an abundant source of medium chain triglycerides (MCTs), fats that are used to produce ketones in the body which act as an alternative energy source for the brain. Studies in animals and humans suggest that frequent MCT consumption can preserve brain function in at-risk populations such as type 1 diabetics and older, memory-impaired adults. The last component of my brain boosting concoction is walnuts. Walnuts are an underappreciated reservoir of antioxidants (polyphenols) and omega-3 fatty acids (alpha linolenic acid). A recent evaluation in the Journal of Alzheimer’s Disease reports that regular walnut intake may promote more robust working memory.

* Sweeten to taste. Other non-caloric sweeteners such as erythritol and luo han guo are fine alternatives for those who don’t enjoy stevia.

** “Net” carbohydrates refer to non-fiber carbohydrates. In my experience, this shake has a minimal impact of blood sugar levels.

I suggest using a powerful blender or “food extractor” to get the most out of this recipe. As you’ll see, the ingredient list is very straight forward. However, you can, of course, add more water if desired to thin out the consistency. This will not negate any of the beneficial properties of the formula. If you don’t drink the entire shake all at once, make sure to refrigerate the leftovers. In that case, you’ll likely need to reconstitute the mixture with extra water or unsweetened almond milk due to a natural thickening effect that occurs over time because of the high fiber content. In terms of actual instructions, they couldn’t be easier: combine all the ingredients into a blender and process until smooth. This shake can be used as a meal replacement.