When I smell the distinctive aroma of cinnamon, I usually think of decadent treats such as pumpkin pie and cinnamon rolls. Then my mind quickly reminds me that these are exactly types of foods that people with blood sugar issues (like me) should be avoiding. But I’m not one to give up easily. I think it’s possible, even advantageous to keep cinnamon around in our quest to eat a more healthful diet.

In today’s blog, I want to share some recent findings about the beneficial effects of cinnamon in helping to manage diabetes and pre-diabetic states. But that’s just the beginning of the story. Cinnamon has been getting a lot of scientific attention lately. The results of that interest have yielded many hopeful clues into future applications for this alluring spice. 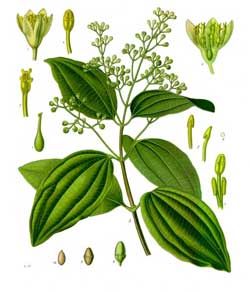 The Dessert Spice for Diabetics

A new study published in the American Journal of Clinical Nutrition set out to determine whether regular cinnamon consumption could help manage blood sugar, insulin and appetite. This study was initiated because previous research found that adding 6 grams (6,000 mgs) of cinnamon to one’s daily diet could help lower post-meal blood sugar levels. In that research, it was noted that the cinnamon appeared to slow the gastric emptying rate (GER). By slowing GER, food remains in the stomach longer and possibly helps reduce hunger.

The current study aimed to find out whether lower dosages of cinnamon would have a similar effect. In this crossover trial, a group of 15 healthy volunteers were given about 10 oz. of rice pudding with either 1 gram or 3 grams of cinnamon.

These results may seem slight or disappointing. But if they’re viewed in a constructive manner, we can learn from them. Based on this research, it’s clear that a very low dosage (1 gram) of cinnamon is ineffective. A moderate dosage (3 grams) is slightly effective. But a higher dosage, such as the 6 grams used in the previous study, is significantly more effective. This pattern lead the study authors to conclude that, “The results indicate a relation between the amount of cinnamon consumed and the decrease in insulin concentration.” 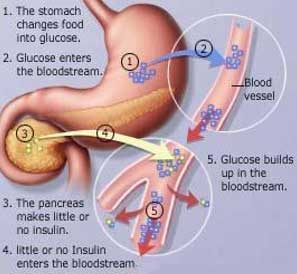 Another factor to consider is that the length of time and frequency that a substance is administered can also impact how effective it will be. A good example of this can be found in a January 2009 study published in the European Journal of Applied Physiology.

In this study, 3 grams of cinnamon were given for 14 consecutive days. In that time-frame, cinnamon did show a significant improvement in the processing of blood sugar, insulin response and insulin sensitivity.

The conclusion of the study was that, “Cinnamon may improve glycemic control and insulin sensitivity, but the effects are quickly reversed.” That last statement refers to the relatively short lasting effect of cinnamon.

One last insight into the cinnamon/blood sugar issue can be found in a 2007 study . That trial found that a 5 gram dose of cinnamon could help improve insulin sensitivity and that the effects were evident for up to 12 hours after the administration of cinnamon.

As you can see, the primary focus of modern cinnamon research has been on diabetes and diabetic complications. But there are quite a few other promising developments that I’d like to briefly touch on:

All of these encouraging factoids about cinnamon are for naught if you don’t like that taste of it. So, if cinnamon isn’t appealing to you, you can always consider supplementing with cinnamon. There are capsules and tablets available made with whole cinnamon powder. Another option is to look for a special, water-extracted form of cinnamon called Cinnulin PF. It requires a much lower dosage (and far fewer capsules). This latter form of cinnamon has also shown promising results in recent studies.

Lastly, I’d like to share a low-sugar recipe that I use to incorporate cinnamon into my diet: 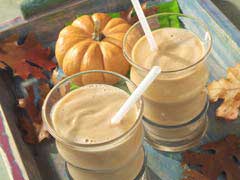 Note: I use an immersion blender to whip up this shake. It makes clean up time much quicker.

I think this is a fantastic tasting snack/meal replacement. It’s packed with valuable nutrients and is unlikely to make your blood sugar levels spike in an unhealthy manner. If you give this recipe a try, I hope you enjoy it! I’d be interested to hear your comments or about any substitutions you make to the recipe.


3 Comments & Updates to “Cinnamon and Health”