The purpose of specific nutrients is often thought about in highly generalized terms. Some examples of this can be found in the realms of both vitamins and minerals. Vitamin B12 helps to give us extra energy. Vitamin A (and beta carotene) are important for ocular (eye) health. Zinc is the mineral to take when we feel a cold coming on. Then there’s calcium. It’s the “bone mineral”. There’s truth in all of these generalizations. But nutrients always have multiple and diverse functions.Today I want to share some recent findings about the most popular mineral in the dietary world: calcium. But the research I’ll present has nothing whatsoever to do with the integrity of our skeletal system or our teeth.

Every once in a while, we’ll read about a sports figure who’s been caught using steroids. These “medications” are often used to artificially increase testosterone levels. Testosterone is a hormone that impacts everything from libido to mood to physical strength (and muscle size) and even the risk of Alzheimer’s Disease. The amount of this invaluable hormone declines with age. So maintaining and naturally promoting proper levels can have important ramifications for most men, even those who are not athletic.

A study published in December of 2008 offers a safe and natural option to help support testosterone production in healthy men. The details of the trial are as follows:

The authors of the study offered these concluding remarks, “Our results show that training results in increased testosterone levels in athletes and that the increase is greater if accompanied by calcium supplementation, which may be useful for increasing overall athletic performance.”

It’s important to note that 2,400 mg of calcium (as used in my example) is far beyond the recommended daily dosage and may not be safe in the long term. I would not personally use that amount on a regular basis. Rather, I would either try a lower supplemental dosage or I would make it a point to include more calcium-rich foods in my diet. 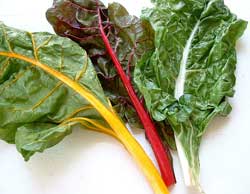 C-peptide is a by-product of the hormone insulin. It’s created when the pancreas produces insulin. There is a blood test (the Insulin C-Peptide Test) that is often given to patients who are suspected of having blood sugar disorders. Having a healthy/normal amount of C-peptide in your blood indicates that you’re producing a safe level of insulin. Too much or too little is generally indicative of diabetes or hypoglycemia (low blood sugar).

A brand new study out of Harvard examines an interesting connection between the levels of calcium, vitamin D and C-peptide. Vitamin D was included in this analysis because it plays an important role in the absorption of calcium. Therefore, it’s often included in calcium supplements. Here are some of the key findings from this breaking trial:

The researchers summarized their observations by stating that, “The results suggest that calcium intake or systemic vitamin D status … is associated with decreased insulin secretion.”

This is vitally important because excess insulin production is associated with accelerated aging and a long list of health risks. It’s also interesting to note that there’s an association between higher insulin levels and low testosterone, which ties together both of these studies. Hopefully, these scientific revelations will offer a pathway towards optimizing insulin and testosterone levels naturally.