Age-related Macular Degeneration (AMD) is an eye disease that is one of the leading causes of vision loss in people over the age of 60. AMD causes progressive damage to the macula (the center of the retina), which in turn severely affects central vision. As its name implies, age is a contributing factor to the development of this form of MD. But, in recent years, evidence has accumulated to suggest that the targeted use of vitamins, minerals, healthy fats and phytochemicals (plant chemicals) can help protect against the “normal” progression of this condition. 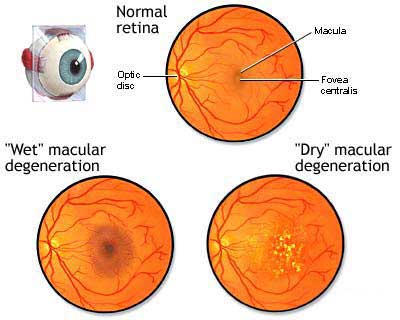 B-Wise with Your Eyes

A recent study published in the Archives of Internal Medicine provides promising information about the role of B-vitamins in eye health. In particular, three B-vitamins were evaluated: Vitamin B6, Vitamin B12 and Folic Acid.

The trial, based at Harvard Medical School, involved more than 5,400 women over the age of 40. At the beginning of the study, none of them showed signs of AMD. Half of the women were asked to take daily dosages of 50 mg of Vitamin B6, 1 mg of B12 and 2.5 mg of Folic Acid. The other half of the women were given a placebo (an inactive “dummy” pill).

The female participants were followed over the course of seven years. During that time, 137 cases of AMD were diagnosed. 70 of of those cases were classified as causing “significant vision loss”.  These findings weren’t  a surprise to the researchers. What was unexpected was that the occurrence of AMD was almost 35% lower in the women taking the B-vitamins. In the women with significant vision loss (indicating a more aggressive form of AMD), there was a 41% reduction in risk found in the B-vitamin group.

The authors of the study estimate that the benefits began to demonstrate themselves after about two years of continuous use. They went on to say that, “The trial findings … are the strongest evidence to date in support of a possible beneficial effect of folic acid and B vitamin supplements in AMD prevention.” They added that, “Because there are currently no recognized means to prevent the early stages of AMD development other than avoidance of cigarette smoking, these findings could have important clinical and public health implications and need to be confirmed in other populations of men and women.” 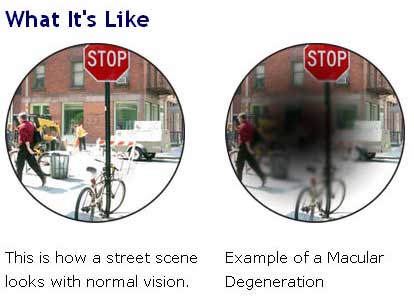 Based on this research, B-vitamins can now be added to the list of known eye protective supplements. A recent review in the journal Current Opinion in Opthalmology lists several other therapeutic supplements for AMD. That list includes the following:

The Harvard study was the first of its kind and it focused exclusively on middle-aged women. These are obvious limitations that require this evidence to be classified as preliminary. Having said that, if you are at risk for AMD, you may want to consider this new information. It may just help you to preserve one of your most valuable senses.