It seems red meat is always getting a bad rap – everyone from the American Heart Association to environmentalists to PETA (People for the Ethical Treatment of Animals) has something negative to say about eating beef. From a health standpoint, the cholesterol and saturated fat content of meat is still noted as grounds to avoid it. However, studies examining the link between red meat intake and cancer, cardiovascular disease and overall mortality have consistently yielded mixed results. What’s more, grass fed meat, which contains a significant amount of healthful omega-3 fats, is now quite common in the food supply. This adds yet another wrinkle to the current beef battle. 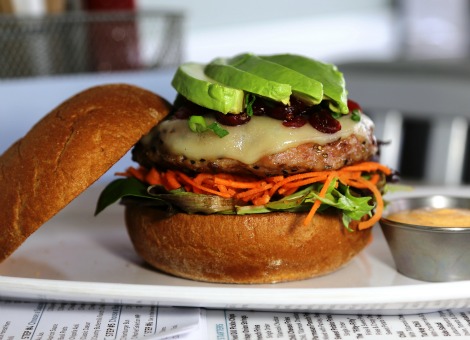 The latest edition of the journal Nature Medicine offers up a new reason to avoid red meat – the abundance of carnitine (an amino acid derivative) in red meat. This may seem like a bit of head scratcher for those who are familiar with the integrative management of cardiovascular disease. After all, holistically inclined cardiologists such as Dr. Stephen Sinatra have been recommending supplemental carnitine to heart patients for many years. The basis for this recommendation is described in a recently updated review from Oregon State University’s Linus Pauling Institute (LPI). In it, LPI researchers point to scientific studies showing that carnitine benefits patients with various cardiovascular-related ills such as angina pectoris, heart failure and peripheral arterial disease. Nevertheless, the authors of this new study claim that carnitine appears to interact with select intestinal bacteria in such a manner as to cause an increase in, TMAO (trimethylamine-N-oxide), a proatherogenic product.

To a lesser extent, the current study also implicates choline, an essential nutrient mostly found in eggs, fish and meat, as another potentially dangerous component of red meat. This too is quite perplexing. In recent years, there’s been a push within the nutritional community to emphasize the importance of choline during pregnancy to support infant brain development. Additionally, a choline deficiency, which is commonly found in strict vegetarian diets, has been implicated in “liver and muscle dysfunction” and “increased DNA strand breaks” – a cause of carcinogenesis and cell death. Other research indicates that choline, a B-vitamin, helps protect against suspected cardiovascular risk factors, including excess homocysteine and systemic inflammation.

Ultimately, it doesn’t much matter why I think this provocative new finding isn’t the elusive “smoking gun” implicating red meat as a cause of heart disease mortality. If this new theory is indeed accurate, you’d expect to see a pattern of proof in population studies that examine the link between red meat consumption and heart attacks and strokes. In 2013, there have been at least three such studies. They’ve involved a total of approximately 600,000 adult men and women. Two of the investigations found no association between (non-processed) meat intake and cardiovascular mortality. One study demonstrated an increased risk of heart disease deaths in men who ate the most meat, but a lower risk of stroke in the same group. This is far from definitive evidence. In fact, if anything, the weight of the data tips in favor of red meat being an insignificant factor in these findings.

If it seems as if I’m suggesting that everyone eat copious amounts of beef, that is not the case. There’s really little reason to go out of your way to eat large amounts of conventionally raised beef. In my opinion, red meat is best eaten in moderation alongside non-starchy fruits and vegetables, including avocados, broccoli, spinach and tomatoes. I also recommend opting for grass fed beef whenever possible because it has a favorable omega-6/omega-3 fatty acid ratio and lower levels of added hormones and antibiotic residues. Marinating meat in herbs, red wine and spices is another way of improving the health promoting properties of beef by decreasing the amount of toxic chemicals (heterocyclic aromatic amines) which form during the cooking process. Personally, one of my favorite ways to enjoy red meat is at a local chain of restaurants called The Counter. There, I order an organic bison burger in an organic salad bowl with black olives, roasted red peppers, sauteed onions and sliced tomatoes. No bun, no fried potatoes and no soda. Just my burger-in-a-bowl and a glass of red wine. That’s my idea of a healthy meal. And, this latest scare story making headlines in the news hasn’t changed my mind about it.

Study 5 – Meat Consumption and Mortality – Results from the European … (link)