The Best Time to Exercise

Why do so many people dislike exercise? There are obviously many reasons. Some are legitimate and others are more likely a sign of laziness. But one of the most common excuses may not be an excuse at all. If you find it hard to exercise because you feel worn out, then there may be a scientific reason why. But more importantly, there may also be a simple way to help you dread exercise less while at the same time improving the quality of your work out. 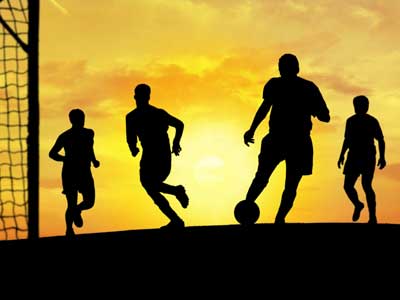 The March 2009 issue of the Journal of Applied Physiology presents some fascinating and practical information about exercise. In it, a group of researchers set out to see if working out the mind could have an impact on physical fatigue and athletic performance.

In order to test this, 16 volunteers (10 men and 6 women) with an average age of 26 participated in two physical challenges. In the first challenge, the participants were given a 90 minute mental task that demanded focus, memory recall and quick reactions. This exercise was intended to profoundly wear them out mentally. After the 90 minute mental work-out, they were asked to ride a stationary bike to the point of physical exhaustion.

On a separate day, a second challenge took place that also included a 90 minute mental task. But this time, it only required viewing a “neutral documentary”. The intent here was to engage their minds in a non-challenging manner. After the documentary, they again rode a stationary bike to the point of exhaustion.

The researchers of this experiment compared the results of both challenges and reported the following findings:

Most of us engage in one form or another of mentally challenging tasks every day. Such activities appear to impact a part of our brain called the anterior cingulate cortex. In animal studies, this part of the brain plays an important role in the “perception of effort”. One of the lead researchers of the study, Dr. Samuele M. Marcora, suggests that this may explain the observations presented in this experiment.

The take home message according to the authors is: “Our study provides experimental evidence that mental fatigue limits exercise tolerance in humans through higher perception of effort.” They suggest exercising prior to engaging in study or any other form of mentally taxing activity.

Based on the research presented here, I think I’ll try exercising first thing in the morning – before I do my research or write or otherwise work out my mind. You might consider doing the same.


4 Comments & Updates to “The Best Time to Exercise”