Over the years, several of my clients have expressed concern about borderline high levels of LDL cholesterol. In almost every case, the rest of their lipid profile (HDL or “good” cholesterol, triglycerides and VLDL or very low density cholesterol) were generally classified as acceptable to outstanding. Uniformly, my response has been that there’s nothing to be concerned about if they’re already leading a heart healthy lifestyle that avoids smoking and includes regular exercise, stress management and a nutrient-dense diet. Personally, I tell them that under the same circumstances, I wouldn’t use medications or supplements to lower my LDL cholesterol. However, on occasion, the largely unjustified fear that’s been instilled about LDL cholesterol persists and some sort of action is requested. 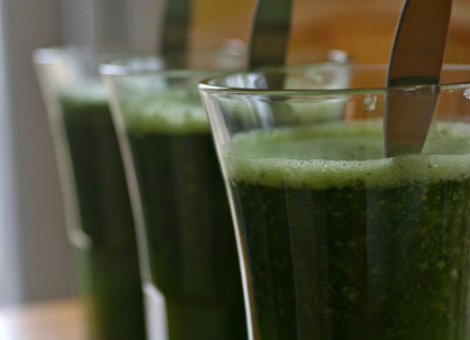 A modest decrease in LDL cholesterol can be expected by adopting a low carbohydrate, high fat, Mediterranean style diet that contains a fair share of fiber-rich foods. For those who want an additional resource, I’ve also come up with a simple vegetable smoothy that may further decrease LDL cholesterol and improve various cardiometabolic risk factors. The following recipe is essentially a food-based “medicine” that’s inspired by peer reviewed studies published in esteemed scientific journals.

To a high powered blender add: purified water, a cup of fresh or frozen kale, a few forkfuls of raw kimchi, a teaspoon of extra virgin olive oil and organic black pepper to taste. The exact amounts of the ingredients do not need to be precise. What’s much more important is consistent intake. Daily kale consumption has been shown to elevate HDL cholesterol, lower LDL cholesterol and, thereby, reduce one’s atherogenic index. Kimchi, a fermented vegetable dish popular in Korea, likewise drops LDL cholesterol while lowering blood pressure and fasting blood glucose. Diets that include even small amounts of extra virgin olive oil (4 grams/day) positively affect other measures of cardiovascular wellness such as the apolipoprotein A1(Apo-AI)/apolipoprotein B (Apo-B) ratio. In addition, olive oil enhances the absorption of important fat soluble nutrients and phytochemicals that naturally occur in kale and kimchi. Finally, a recent review on black pepper reports that it “reduces cholesterol uptake by internalizing cholesterol transporter proteins”. All told, including this bold tasting, green drink in your daily diet may be enough to improve your lipid profile, overall health and peace of mind. Cheers!

Kimchi is a Natural Source of Vitamin B12 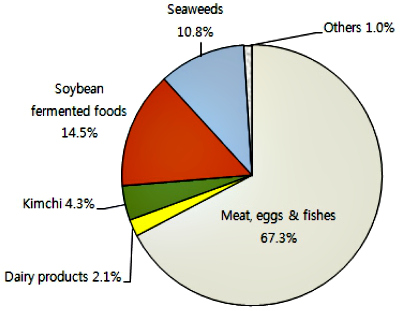