Red palm oil (RPO) has been in the news lately because of a positive expose on The Dr. Oz Show. In the segment entitled, The 13 Miracle Solutions of 2013, RPO was touted as a veritable “miracle oil” primarily because it’s a rich source of antioxidants, such as carotenoids and tocotrienols, which are a potent and rare form of Vitamin E. How might this benefit your health? According to Dr. Oz and his guest, Bryce Wylde, just two tablespoons of RPO daily reduces the risk of heart attacks and stroke by clearing away arterial plaque. They go on to claim that RPO also slows the aging process by protecting the brain from neurodegeneration and skin from damage caused UV radiation. As if that wasn’t enough, apparently RPO can also increase your calorie burning potential or metabolic rate. All this for around “$14 per jar”. What a bargain! 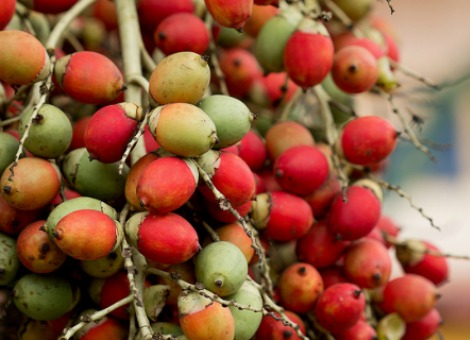 RPO differs from refined palm oil in that it is extracted from the fruit of the palm tree rather than the kernel of the fruit. Palm (kernel) oil is predominantly composed of saturated fat (about 80%) and has an off-white appearance. In contrast, red palm (fruit) oil is an evenly divided mixture of saturated and unsaturated fat. Carotenoids, richly pigmented antioxidants found in many fruits and vegetables, provide the orange-reddish hue found in the flesh of the palm fruit and resulting oil.

In order to evaluate the assertions made on The Dr. Oz Show, I examined the latest studies published in the scientific literature. On the positive side of the spectrum, red palm oil is an abundant source of beta carotene or pro-vitamin A and, therefore, effectively addresses vitamin A deficiency. RPO also appears to mitigate heart disease progression and stroke damage according to several animal trials. What’s less impressive is RPO’s limited track record in studies involving human subjects. In human trials, RPO hasn’t shown much promise in the management of cardiovascular risk factors or health promotion in general. Rather, it seems to be comparable, at best, to other dietary fats such as olive oil. In addition, much of the positive press attributed to RPO is based on preliminary research using palm tocotrienol supplements. In my opinion, this is a distortion of the data. RPO does, in fact, contain tocotrienols. But, the amount of tocotrienols naturally found in RPO is much smaller than the quantity present in concentrated palm tocotrienol supplements used in the clinical trials.

Here’s my bottom line: If you want to improve your vitamin A status, I suggest eating more bell peppers, butternut squash, kale, pumpkin and spinach instead of taking RPO. These are better, more nutritious sources of beta carotene. If you’re interested in the promise of tocotrienol therapy, which has some basis in the medical literature, opt for concentrated palm tocotrienol supplements – instead of RPO. Lastly, prior to buying red palm oil or palm tocotrienols, inquire about the sustainability practices involved in the production of the oil and supplements in question. Commercial palm fruit cultivation can be devastating to the environment and surrounding communities. Some reputable manufacturers, such as Carotech, have taken steps to ensure they aren’t part of the sometimes destructive process of growing and harvesting palm fruit. As always, buyer beware.

Study 10 – Multifaceted Role of Tocotrienols in Cardioprotection Supports Their … (link) 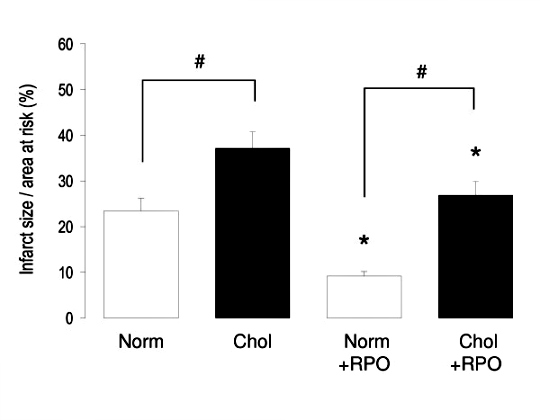