Twitter is one of the mediums I use to spread the good word about evidence-based natural medicine. There, I’ve had the distinct pleasure of meeting people from all corners of the globe who share an interest in holistic healing. Recently, I was contacted via Twitter by Dr. Han Bok Kim of Hoseo University in South Korea. In our correspondence he was kind enough to share his ongoing research on Chungkookjang (CKJ), a fermented soybean extract that is well known in Korea, but relatively unheard of in the United States and elsewhere. 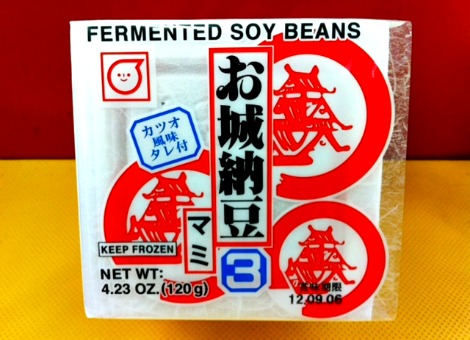 Thus far, the published studies on Chungkookjang in which Dr. Kim has been involved have focused on in vitro or test tube models. In one of the experiments, CKJ was shown to beneficially affect inflammatory signaling pathways which are known to contribute to breast cancer risk. In another study, this particular form of fermented soy demonstrated an ability to support immunity by protecting spleen and thymus cells from premature death. Other scientists have conducted trials on Chungkookjang using animal and human subjects. To date, the results indicate that CKJ promotes natural killer cell mediated antitumor activity and may reduce the risk of heart disease by lowering apoliprotein B and visceral fat in overweight individuals. And, currently, a study is underway in Korea to assess whether CKJ may be useful in patients with allergic skin conditions involving inflammation.

Other varieties of traditional, fermented soy foods have likewise shown promise in the medical literature. Over the past few years alone, intake of fermented soybeans has been linked to: a) healthier hormonal and lipid profiles (higher progesterone and lower cholesterol) in postmenopausal women; b) a decrease in body fat and enhanced fat burning potential or “elevated lipolysis” in overweight men and women; c) improved microbiota levels in the gut characterized by a larger populations of good bacteria (bifidobacteria and lactobacilli) and a decline in the number of pathogenic clostridia; d) greater insulin sensitivity and less oxidative stress – favorable risk markers for diabetes, heart disease and metabolic syndrome.

There are several theories about why fermented soy appears to support health on numerous fronts. One possibility is that fermentation renders certain phytochemicals, naturally found in soy, more bioavailable. Evidence for this can be found in the March 2011 issue of the Journal of the Science of Food and Agriculture. In it, researchers discovered that isoflavones contained in fermented soy were significantly better absorbed than those present in unfermented soybeans. Isoflavones are believed to be responsible for many of the health benefits attributed to soy consumption. As a bonus, fermented soy is often better tolerated by those who have a difficult time digesting non-fermented soy.

The Many Faces of Soy 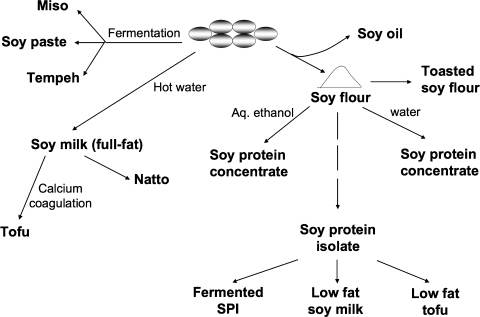