If you’ve been diagnosed with osteoporosis or osteopenia (early/mild bone loss), you’ve probably been told to engage in a form of activity called “resistance training”. This form of exercise is thought to slow down the rate of bone loss and, possibly, even increase bone density. But is resistance training the optimal form of exercise for bones? In today’s blog, I’ll present some new research that puts that assertion into question.

A new study published in the Journal of Strength Conditioning may help over 200 million people currently diagnosed with osteoporosis. This revolutionary research looked at the impact of long term cycling, running and resistance training in a group of men with ages ranging from 19-45. When the authors of the study tested the Bone Mineral Density (BMD) in these men, they discovered some counter-intuitive results:

The long term runners had the greatest bone density of all the three groups. The resistance exercisers and cyclists with the greatest amount of lean body mass (muscle) also showed a higher BMD. 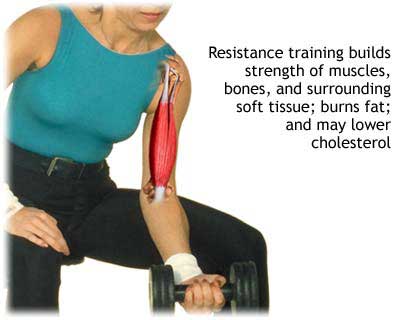 Dr. Pam Hinton, an associate professor of exercise physiology, commented that: “The results of the study confirm that both resistance training and high-impact endurance activities increase bone mineral density. However, high-impact sports, like running, appear to have a greater beneficial effect.” She went on to say that, “Playing basketball, volleyball, or soccer are also good options.”

However, this study has certain limitations. For instance, osteoporosis largely affects post-menopausal women. There are obviously vast differences (hormonal and otherwise) between younger to middle-aged men and women who are through with menopause. This experiment only provides a tantalizing clue of what might be. But, I think it would still be wise to consider the possibility that exercises other than the resistance variety may also help to support bones. 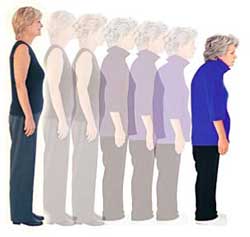 Finally, to put this evidence into a proper context, I want to briefly mention a newly published study in a journal called Joint Bone Spine. In that trial, 58 premenopausal women were recruited to determine the effect of a 39 week strength training program. Half of the women took part in the exercise regimen and the remainder did not participate in the strength training. All of the participants had their bone mineral density taken during the course of the study.

A small increase in bone density (between 1-2.2%) was found in the strength training group. The control group that didn’t exercise showed no change in their BMD. The difference was considered too “non-significant”. But I ask you this. If you’re at risk for osteoporosis and you find a healthy way to even slightly improve your bone quality, isn’t that significant enough?