I know today’s topic will affect most of you out there. How do I know this? Because you’re sitting in front of a computer monitor reading. If you do that frequently enough and for long enough stretches of time, your eyes will start to rebel. But the reality is that many of us conduct some or all of our work in front of a Mac or PC. Since that’s the case, allow me to share a useful piece of information that can help make our eyes a little more forgiving.

Lutein is a member of a class of antioxidants called carotenoids. These substances come in the form of brightly colored pigments that give many fruits and vegetables their distinctive appearance. Just think of carrots (rich in beta carotene), spinach (rich in lutein), wild salmon (rich in astaxanthin) and watermelon (rich in lycopene).

Lutein is most commonly found in green leafy vegetables and eggs. It’s also available as a nutritional supplement that is generally derived from marigold flowers. Incidentally, the reason that eggs contain lutein is because marigold flowers are added to the chicken feed in order to make the egg yolks appear more orange. The more orange the yolk, the greater the quantity of lutein.

Over the past decade or so, science has consistently found a strong association between lutein levels in they body and various markers of eye health. A new study in the British Journal of Nutrition adds to the growing consensus that this carotenoid is a valuable ally in the promotion of ocular health.

Researchers at Peking University in China enrolled 37 healthy volunteers in a trial to test the potential benefits of lutein on computer eye strain. The participants had ages ranging from 22 to 30 years of age. This is how the trial was set up:

The results of the trial revealed that those receiving lutein showed improvements in contrast sensitivity. Contrast sensitivity is a term that refers to the ability to see objects that aren’t clearly defined or that do not stand out in the background. In times of contrast insensitivity, you’re likely to not notice important details when driving your car or taking a test or during a job interview. During such episodes, you may also experience a feeling of eye fatigue and/or require more light to read. Essentially, your eyes just feel sleepy and behave accordingly. 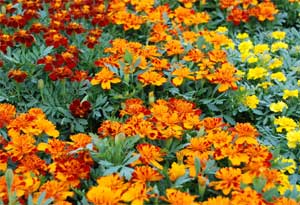 The group receiving the higher dosage of lutein (12 mg) reported a greater vision enhancing effect. There was also a trend towards improved visual clarity in the 12 mg group. This led the authors of the study to conclude that, “Visual function in healthy subjects who received the lutein supplement improved, especially in contrast sensitivity, suggesting that a higher intake of lutein may have beneficial effects on the visual performance.”

I try to make it a point to eat plenty of lutein-rich foods because I know that my eyes benefit from them.  To me, lutein is like sunscreen for the eyes. It doesn’t give you license to sunbathe all day in the middle of summer (or sit in front of a computer screen for days on end), but it can help you to not get burned if you apply it with common sense.