Lately, I’ve received a few questions asking about the differences between conventional oranges and blood or red oranges. One of the inquiries came on the heels a recent news items proclaiming that orange juice is even worse than soda, in terms of promoting weight gain, on a calorie for calorie basis. Could it be that red orange juice is a better option? Another reader was curious after noticing a red orange extract in a product intended to protect against sun related skin damage. And, as it turns out, there’s also been an upswing in current scientific research involving this vibrantly colored fruit that’s native to California, Sicily and Spain. 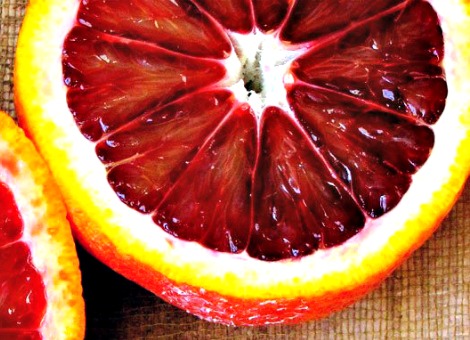 Citrus sinenses (L.) Osbeck or blood oranges contain an array of antioxidant pigments that set them apart from “blond” oranges. Specifically, constituents including anthocyanins, carotenoids and flavonoids are responsible for the fruit’s dramatic, crimson flesh. What’s more, according to a just published review in the journal Oxidative Medicine and Cellular Immunity, these very same substances also impart anticancer, anti-inflammatory and cardiovascular protection.

In 2012, findings from a study conducted in mice reported that anthocyanin-rich orange juice prevents fatty liver caused by an unhealthy diet. In July of 2013, a human trial evaluated the relative effects of daily “blond” vs. red orange juice on specific circulatory factors and determined that they were comparable in terms of decreasing procoagulant activity. Other research reveals that 500 ml/day of red orange juice improves endothelial function, another measure of circulatory health, while reducing systemic inflammation in overweight men and women. Evidence of increased antioxidant protection has also been noted in several publications. In addition, a few studies have reported that low-dose, sugar-free extracts of red orange are capable of protecting human subjects from the damage caused by air pollution and type 2 diabetes.

Selecting the best red orange juice or supplement may require more information than is typically available at your local health food store or market. For instance, fresh and/or organic red orange juice is documented as containing significantly higher levels of health promoting phytochemicals and Vitamin C. However, finding fresh, organic red oranges can prove challenging. Similarly, red orange extracts aren’t yet widely available, though they can be found online. Beyond that, the real question is whether or not it’s worth the effort to seek out this still uncommon juice and supplement. From my vantage point, while the growing body of research is promising, so too is the more abundant data on easier to attain sources of similar antioxidants including blueberries, 100% cranberry and grape juice. Another option for those trying to avoid or limit sugar is unsweetened hibiscus tea. Note the deep reddish color in whole hibiscus flowers and the resulting brew. Even better would be to include a broad assortment of anthocyanin-rich fruits and vegetables in your daily diet. A list of such fruits and vegetables can be found here.

News – The Telegraph: Is Fruit Juice Bad for Your Health? (link)

Study 6 – Evaluation of Oxidative Stress in Diabetic Patients After … (link)

How Anthocyanins Protect Against Cancer 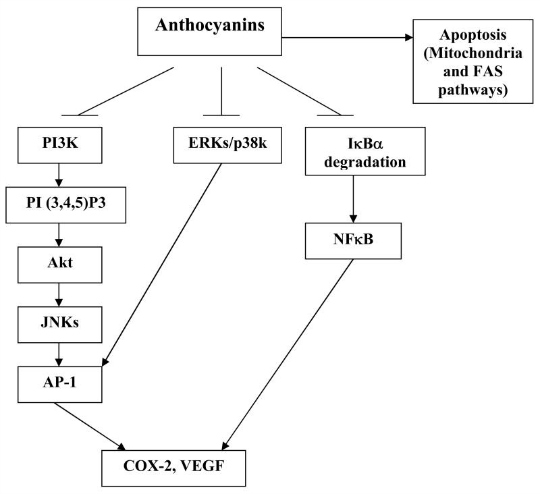