Tagatose is a sweetener currently making its way onto the U.S. market. And, I want you to know more about it before it starts showing up in your local health food stores and markets. Personally, I’m interested in tagatose because it’s all natural, low glycemic and may even impart some significant health benefits. In addition, it’s a prebiotic, meaning that it selectively promotes the growth of healthy gut bacteria. If this sounds like something you’d be interested in as well, look for products with names like PreSweet and Tagatesse. 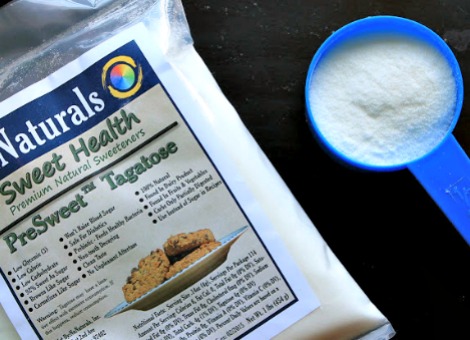 The broad strokes about tagatose inform that it is 92% as sweet as sucrose or table sugar and is lower in calories – 1.5 calories/gram vs. 4 calories/gram respectively. It begins as a by-product of whey, but the resulting white powder is 100% lactose-free. Another interesting factoid is that it’s been approved for use as a sweetener for over a decade. However, it hasn’t been commercially viable until just recently. In 2012, a change in marketing strategy allowed for a new manufacturer to open a large tagatose production facility located just outside of Rome, Italy. Thus far, the preliminary sales have been encouraging. But, from my perspective, the real question is: Will the increased popularity of tagatose benefit those using it?

A review of the scientific literature reveals several key findings with respect to the health effects of tagatose: 1) It appears to be safe for type 2 diabetics and tends to improve long and short term blood sugar levels and HDL (“good”) cholesterol while decreasing body weight. 2) Tagatose reduces post-meal insulin production in those without diabetes. 3) The addition of dietary tagatose slows gastric emptying, thereby increasing satiety and, possibly, aiding with weight management. The potential downsides of tagatose are primarily gastrointestinal (GI) discomfort: diarrhea, gas and nausea. The GI issues are brought about because tagatose is only minimally digestible. It’s estimated that roughly 15 – 20% of tagatose is absorbed and the bulk is fermented in the small colon. That said, the GI side effects are dose dependent, which discourages overconsumption, and appear to be less prominent than what is typically found with other alternative sweeteners such as sugar alcohols. Finally, while tagatose tastes like conventional sugar, it has a tendency to brown more easily. So, some adjustments in baking temperature and time may be in order.

Study 1 – Food Navigator: Could It Be Second Time Lucky for Low-Cal Sweetener … (link) 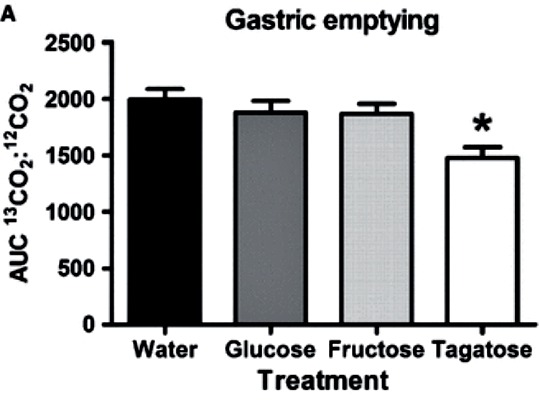