If you’re a man who’s interested in keeping your cardiovascular system healthy, you’ll probably want to take today’s blog to heart. It doesn’t matter if you’ve already been diagnosed with heart disease or you just hope to avoid such a diagnosis in the future. Fish oil is a powerful tool that you can use at any stage of the heart health continuum.

Omega-3 for You and Me

A key principle of the scientific method is the replication of results. One study may show a positive effect, but that generally doesn’t impress scientists very much. They want to see whether the conclusions of one study can be consistently demonstrated in other similar experiments. If that is achieved, then the results are considered noteworthy. It’s kind of like having the same or similar testimony given by several reliable witnesses in a courtroom. 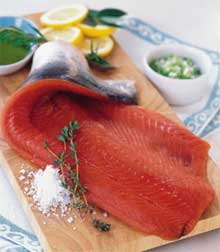 A new study in the Journal of Nutrition helps to solidify the protective role of fish oil in the management of heart disease. In particular, this trial looked at a specific fatty acid in fish called docosahexaenoic acid (DHA).

34 men, with ages ranging from 39 to 66, participated in the study. They all suffered from high triglycerides, a type of fat found in the blood which may contribute to atherosclerosis.

Similar research was published in 2007 that showed that this same amount of DHA could also lower triglyceride levels by 24%. That study also demonstrated a drastic reduction in two specific forms of “bad” cholesterol: very low density lipoproteins/VLDL (decreased by 92 per cent), and intermediate density lipoproteins (dropped by 53 per cent).

Scientists have taken the necessary steps to prove their case to themselves and to us. Historical records and modern medicine are both telling us that fish and fish oil does a heart good. So please, take this information and discuss it with your physician. By doing so, you can be proactive in your own health care regimen. Your heart will thank you for it.