Most of us are familiar with brown, white and “wild” rice. But, how about black-purple rice? Have you tried it yet? Are you interested in it because of the positive media coverage from the likes of Dr. Oz? By the end of today’s column, you’ll likely know more about it and you can decide for yourself if it’s something you ought to add to your diet. 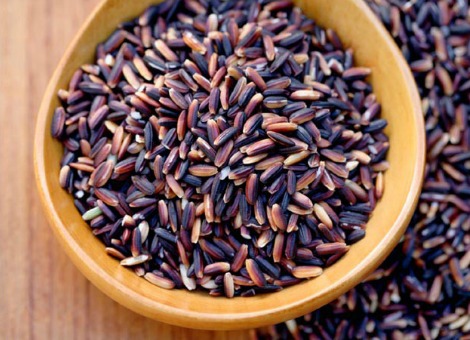 Let’s begin with a few of the positives and a negative of this so-called “forbidden rice”. The natural pigments which give black rice its distinctive color are a class of antioxidants known as anthocyanins. Recent studies indicate that frequent anthocyanin consumption may reduce elevated systemic inflammation and insulin resistance. These purple powerhouses also interfere with sugar absorption and digestion. This may be especially helpful when eating carbohydrate-rich foods such as rice. In addition, at least one study found that black rice is lower in several dangerous elements – arsenic, cadmium, lead and mercury. On the other hand, black-purple rice is higher in iron, an essential mineral. In terms of downsides, the primary issue is cost. Many years ago in China, black rice was referred to as forbidden rice because it was only served to the emperor. Nowadays, farmers in the East and West are cultivating it on a much larger scale for the general population. However, it’s still much more scarce than common forms of rice and, therefore, comes with a heftier price tag.

Thus far, the research conducted on black rice has mostly been carried out in animal models of disease. What’s more, many of the studies have utilized anthocyanin extracts from black rice (AEBR) rather than examining it as a whole grain food source. The results of the published trials reveal that AEBRs improve various aspects of cardiovascular health in lab rabbits and rats. Namely, it has been shown to: positively shift lipid profiles (elevating HDL cholesterol while lowering LDL cholesterol and triglycerides), reduce the formation of atherosclerotic plaques and platelet hyperactivity (a risk factor for blood clots). Currently, only a few human trials involving black rice are available for review. A 2008 study in the journal Nutrition Research reports that meals containing a mixture of black and brown rice are superior to white rice with regard to changes in HDL (“good”), LDL (“bad”) cholesterol, triglycerides and oxidative stress markers. The second study, from 2007, concluded that a black rice fraction “could exert cardioprotective effects on patients with CHD (coronary heart disease) by improving antioxidant status and inhibiting inflammatory factors”.

My stance on black rice is pretty straightforward: If I were to eat rice, which I typically don’t, I would opt for a small serving of organic black rice. It appears to be marginally more nutritious, possibly safer in terms of heavy metal contamination, and possess higher antioxidant activity than other forms of rice. And, although it is relatively high in carbohydrates, its effect on blood sugar is probably mitigated to some extent by the anthocyanin interaction. Having said this, I’m in no rush to add black rice to my own diet. If more human studies are published which suggest real world health benefits, then I would consider supplementing with a black rice extract that is standardized for cyanidin-3-glucoside, a specific anthocyanin with a reasonably strong scientific track record. Such products are already on the market, but will remain off of my supplement shelf until more promising research is available. In the meantime, I’ll get my daily dose of anthocyanins by eating organic berries and drinking organic hibiscus tea and red wine. 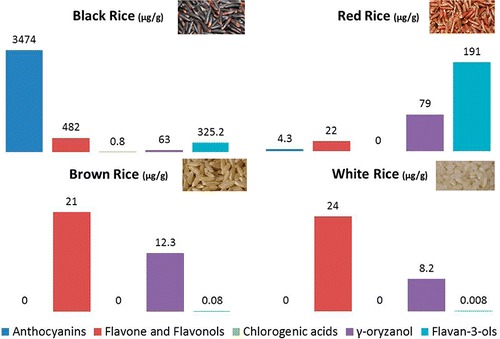