If you consult with most primary care doctors about arthritis, overweight, poor bone density or post traumatic stress, you’ll likely walk out of their offices with a prescription and/or a referral to a specialist. A similar scenario occurs quite frequently if you visit your local health food store or holistic clinic inquiring about the very same health conditions. But, regardless of which form of treatment you choose, there’s an important asset that you should always bring to your appointments – information. Instead of simply expecting to be informed, be prepared to pose the types of questions that only informed patients can ask. 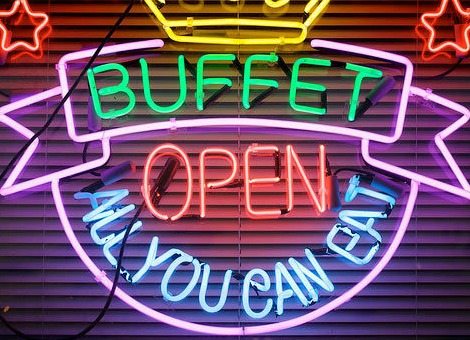 Today’s blog features several evidence-based natural remedies that can be used as alternatives to conventional therapies or as adjuncts. However, they can also be applied in the exact same way if you opt for a holistic treatment approach. That’s right. These can also be alternatives or complements to the alternatives! What’s more, if you are armed with current research, it’s likely to be “news” to your treating physician. More often than not, it’s probably something about which they’re unaware or inadequately informed. That’s all the more reason why it could be invaluable for you and their other patients. I’ve seen this time and time again, regardless of a doctor’s education, stature or well-meaning intentions.

Two recent studies have found that a specific probiotic strain, Lactobacillus case 01, safely lowers inflammation and disease activity in patients living with rheumatoid arthritis. Osteoarthritis (OA), a degenerative disease that isn’t caused by an autoimmune reaction, is commonly treated with pain relievers including ibuprofen. A new study appearing in the journal Clinical Interventions in Aging reports that 1,500 mg/day of a curcumin extract (standardized to 75% to 85% curcuminoids) is as effective and safer than ibuprofen in managing pain and stiffness related to OA. Calcium and Vitamin D are commonly prescribed to women with bone fractures. New evidence reveals that another supplement combination (magnesium and vitex agnus castus or chasteberry) synergistically promotes fracture healing by increasing callus formation and osteocalcium levels.

Post traumatic stress (PTSD) is a debilitating and sometimes life threatening disorder which can be quite challenging to manage. Emerging data from two trials suggests that yoga is an “acceptable and feasible” adjunct for minimizing PTSD symptoms such as hyperarousal, poor sleep quality and the “reexperiencing” of traumatic events. Finally, a highly viscous fiber blend known as PGX is quickly garnering a strong reputation in the scientific community as an effective and safe weight loss aid. PGX or PolyGlycopleX discourages overeating and promotes cardiometabolic wellness in numerous ways, including moderating blood glucose, lipids (cholesterol, triglycerides) and pressure, while promoting hunger satisfaction or satiety.