Imagine walking into a party populated by a large group of relative strangers. As you scan the crowd, you detect certain people who seem to be glaring at you, feigning indifference or whispering disapprovingly. You also notice several friendly folks who nod warmly, smile or wave. After processing this information, feelings begin to form. Those who are prone to anxiety, depression and a host of related psychological conditions tend to magnify the number and/or significance of the negative impressions they perceive. On the other hand, those who have a more upbeat disposition have a “protective bias” against such depressing, distressing thoughts and subsequent feelings. If you happen to fall into the more neurotic camp, Cognitive Bias Modification (CBM) may be invaluable to your sanity and well being. Given enough practice and time, CBM can assist you to see and experience the more positive side of life. 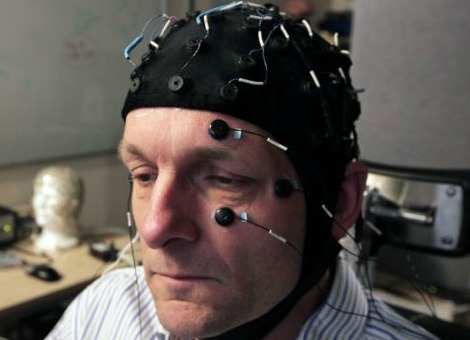 Recently, while on a flight from Los Angeles to London, I happened upon “The Truth About Personality”, an entertaining and fascinating documentary produced by the BBC. The program examined why a significant percentage of people view the world in a more pessimistic way than others. Michael Mosley, the charismatic host of the documentary, personally investigated the topic and opened up about his own dour and neurotic mindset. Michael bravely agreed to have several measures of his own mental health scientifically evaluated on camera. He then engaged in Cognitive Bias Modification, a computer-based treatment program, to determine whether his test results and, ultimately, his life could be swayed towards a happier, more optimistic place. I won’t give away any spoilers about what he discovered. But, I highly recommend that you seek out this fascinating short film if this could be an area of interest for you or someone you know.

Cognitive Bias Modification is a seemingly simple computer program which instructs users to identify an accepting or smiling face in a grid of many other faces with negative expressions – anger, apathy, disgust, fear, etc. By playing this “game” on a consistent basis, at least three days a week for ten minutes each session, researchers have discovered profound improvements in mental health. In fact, trials conducted at the Baldwin Social Cognitive Lab at McGill University and elsewhere report that CBM reduces symptoms associated with maladies ranging from social anxiety disorder to unipolar depression. In addition, CBM can likewise assist those striving to improve scholastic and workplace performance by enhancing feelings of calm, concentration and confidence.

The benefits reported in the CBM studies are partially brought about by both long and short-term declines in cortisol, a stress hormone. Also, one experiment noted that altering attentional bias stabilizes the activity of key regions of the brain associated with the processing of emotions and stress – the amygdala and ventrolateral prefrontal cortex. And, for some, what may be most impressive is that these effects can begin to present themselves after just one CBM session – though the benefits tend to increase with time.

I’ve saved the best news about CBM for last. For one thing, it can be practiced in the privacy of your own home and it doesn’t require a prescription. It’s very safe. To date, there have been no reported side effects in the numerous, peer reviewed studies. Okay, okay, but it’s got to be expensive, right? If you’re interested in trying it, you can do so for free. A gratis, Internet-based version of a CBM program can be found here. If you’d rather have access to a CBM program for use on your mobile device, I highly recommend and use PsychMeUp! PRO, a widely available app for Android, iPad and iPhone. Now get out there and find the happy face! 🙂

Study 3 – Cutting Stress Off at the Pass: Reducing Vigilance and Responsiveness … (link) 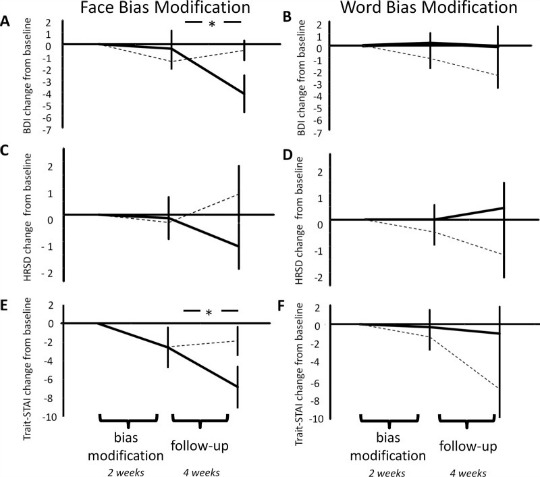