A reader asks: You’ve written a lot of blogs about nuts and how healthy you believe they are. I’m not convinced though, because you also frequently mention the importance of keeping an eye on one’s omega-6 to omega-3 ratio. My understanding is that most nuts are top heavy in omega-6 fatty acids and mostly devoid of omega-3s. These two recommendations seem to be at odds. Am I missing something? Bottom line, what’s your current stance on eating nuts and how it relates to the whole omega 6/3 ratio issue? 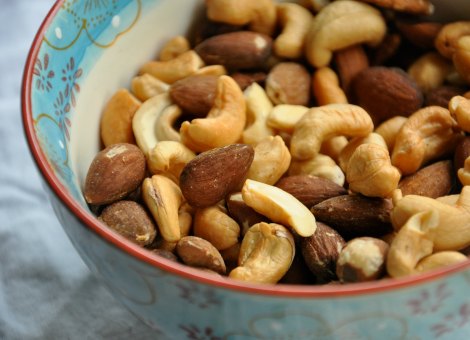 Great question! You’re quite right. Most nuts are significantly higher in omega-6 fatty acids than omega-3 fats. However, you have to look at nuts and seeds as a whole food rather than just a vehicle for essential fatty acids. Nuts and seeds also contain insoluble and soluble fiber, minerals, phytochemicals and protein which are often sorely lacking. Having said that, a considerable amount of scientific evidence points to an imbalance in the omega-6:omega-3 ratio in the modern diet. Part of the reason is a dramatic increase in the intake of grain-fed dairy and meat, packaged foods and vegetable oils. In my opinion, restricting nuts and seeds isn’t the best way to correct this 21st century, dietary faux pas. Instead, limiting refined foods, select vegetable oils (corn, soybean and sunflower) and emphasizing cold water fish (wild black cod, salmon and sardines), grass-fed and/or organic dairy and meat, and omega-3 eggs is a much better way to go. Throwing in some organic chia, flax and hemp seeds where possible will likewise shift the aforementioned, fatty acid ratio to a more optimal spot.

Ultimately, the true test of the health effects of nuts is how they affect real people in real life situations. In order to asses this, it’s vital to look at controlled, scientific studies that investigate this very topic. And, according to the latest batch of studies, nuts come up looking quite fine indeed. For instance, recent trials report that almond consumption enhances exercise performance better than carbohydrate-rich snacks and also improves vascular function. Brazil nuts, which should only be eaten in moderation due to their high-selenium content, decrease oxidative stress and various inflammatory markers (IL-1, IL-6, IFN-y and TNF-a) in healthy adults and those with kidney disease. Pistachios lower post-meal blood sugar spikes, reduce various risk markers associated with metabolic syndrome (high LDL or “bad” cholesterol, systemic inflammation or C-reactive protein and waist circumference) and support the growth of healthy bacteria in the gut via recently discovered prebiotic activity. Lastly, walnuts bolster serum levels of potent antioxidants (catechins and alpha tocopherol or Vitamin E) while lowering cardiovascular threats including, elevated apolipoprotein B and triglycerides. These are some of the reasons why I’m still a believer in the power of nuts! 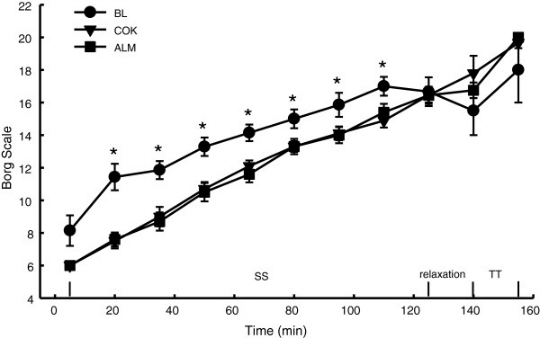