If you’ve been feeling a little down lately, you may want to consider whether your zinc status is causing or exacerbating those “blue” feelings. By zinc status, I mean the amount of zinc you’re getting by way of diet and supplementation. Thanks to some really compelling research, I’d like to make a case for the use of zinc in maintaining and promoting a happier state of mind. 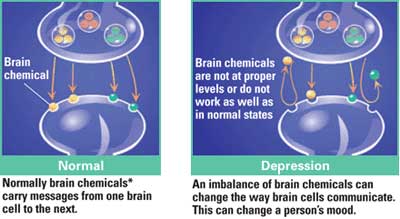 A brand new study published in the Journal of Affective Disorders provides support for the concept of integrative medicine – the judicious melding of conventional and natural medicine.

A group of 60 depressed adults with ages ranging from 18-55 participated in this current experiment. All of these patients were currently using a pharmaceutical antidepressant. Half of the group was then asked to take a zinc supplement (25 mg a day) or an identical placebo for a 12 week period.

The results of the study were very specific. The patients who already responded well to the antidepressant found no additional benefits to taking zinc. But those who were unresponsive to the medication alone, found a significant improvement when they included supplemental zinc.

This wasn’t the first study to find a connection between zinc levels and a healthy mood. Here’s a  brief review of a few other studies that provide a strong foundation for this mineral/mood connection:

Finally, there is research emerging that may help to explain why zinc can promote a feeling a psychological wellness. One of the chief mechanisms is reported in the December 2008 issue of the Journal of Neural Transmission. In it, zinc was shown to bring about a rapid anti-depressant effect by increasing the level of a brain protein called BDNF (Brain-Derived Neurotrophic Factor). Chronic stress lowers the amount of BDHF levels in the hippocampal region of the brain. By increasing BDNF, an anti-stress and anti-depressive action may take place as a result of zinc consumption.

If you’re suffering from depression or any other psychological malady, it would be wise to try and rule out any nutritional deficiency that may be contributing to your problem. A good multi-vitamin/mineral can often be the simple answer for many people. At the very least, it’s a good place to start since zinc is not the only nutrient that plays a role in promoting a healthy state of mind.