For Mexican food lovers (myself included!) there is a simple approach to improving the health benefits and nutritional quality of Mexican-style meals. It really doesn’t matter if you’re eating out at Mexican restaurants or preparing it yourself at home. There are potential pitfalls in both instances which can be largely avoided by practicing a basic technique I call “crowding out”. The concept is that you crowd out most or some of the unhealthy foods and replace them with better options. In the realm of Mexican cuisine, this means minimizing your intake of chips, rice, sweetened beverages and tortillas and focusing instead on foods containing more fiber, healthy fat, nutrients and protein. 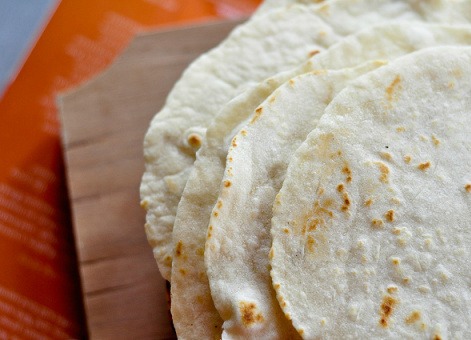 One of the greatest health risks in modern Mexico is an increasing prevalence of type 2 diabetes. But, there’s nothing uniquely dangerous about Mexican food which sets it apart from other food cultures throughout the world. Rather, the growing incidence of diabetes mellitus is thought to be caused by increased consumption of high glycemic and/or refined foods, a reduction in physical activity and subsequent increased obesity. Fortunately, this pattern can be reversed and so too can future diabetes and diabetes-related complications and mortality.

If you eat out at Mexican restaurants regularly or it’s a staple in your home, it’s important to note that you have the power to shift a typically unhealthy meal to a relatively healthy one. Seriously! Recent studies reveal that simply replacing rice and white flour containing foods with beans lowers blood sugar, insulin, LDL (“bad”) cholesterol and oxidative stress. Also, legumes such as black and pinto beans satisfy hunger better than higher glycemic foods i.e. corn chips, flour tortillas and white rice. You can further enhance the quality of your meal by ordering a generous side of guacamole. This creamy, flavorful dip is a dietary powerhouse that not only contributes valuable nutrients (carotenoids, fiber, monounsaturated fat, potassium and Vitamin K), but likewise assists with the absorption of nutrients from other foods eaten alongside it. In addition, avocado intake has been linked to lower rates of diabetes, metabolic syndrome, obesity and vascular dysfunction. So, for starters, you might consider upping your intake of beans and guacamole and crowding out chips, rice and tortillas. As far as drinks go, opt for red wine, unsweetened coffee or tea and water. If you absolutely can’t live without a margarita, you can order them like my wife does, without added sugar and sweeten it yourself – preferably with monk fruit, stevia or other natural, non-caloric sweeteners.

When preparing Mexican food at home you have many additional options. For instance, you can stuff roasted (peeled and seeded) Pasilla peppers instead of tortillas. In some health food stores and specialty markets, you can also find small, organic corn tortillas (“Taco Sliders”) that contain only 6-7 grams of carbohydrates per serving. The gluten-free, non-GMO brand we use is MiRancho. On the chip front, a few better options are chicharrones (pork rinds) or chips made from beans and a small amount of brown rice (Beanitos is a popular brand). As a main course, we center many of our homemade Mexican meals around healthy protein sources, such as grass-fed beef, organic chicken or pork and wild caught fish with plenty of grilled veggies on the side (multi-colored bell peppers and onions). Lastly, you can delight guests and your family by brewing some hibiscus tea, an antioxidant-rich, traditional Mexican drink which supports healthy blood pressure and sugar. In our household, we steep organic hibiscus flowers with lots of fresh ginger root and serve it on ice – with or without a splash of tequila!

Trust me when I tell you that I have a huge appetite for Mexican food. Mrs. Healthy Fellow has often commented that I must have been Mexican in a previous life! I don’t know about that, but I can assure you that these substitutions are very delicious and satisfying while at the same time quite healthful indeed. Buen provecho!

Study 7 – A Randomized 3×3 Crossover Study to Evaluate the Effect of Hass ... (link) 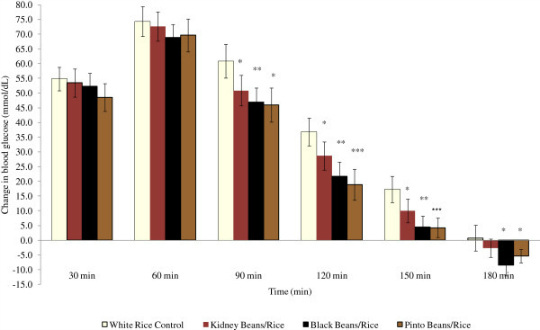