It’s estimated that approximately 30%-50% of the population is affected by chronic halitosis or oral malodor, the technical terms for ongoing bad breath. In most instances, the cause originates in the oral cavity. Improving dental hygiene is sometimes enough to remedy the situation. In practice, this means brushing at least twice-daily and flossing prior to retiring at night. However, if proper oral care is already in place, then odiferous foods and substances (alcoholic beverages, cruciferous vegetables, garlic and onions, tobacco, etc.) and/or other factors, including diabetes, gastro-esophageal reflux (GERD), medication side-effects and metabolic disorders may be involved. When in doubt, it’s best to identify the cause with the assistance of a health care professional as any underlying medical condition should be addressed and not masked. 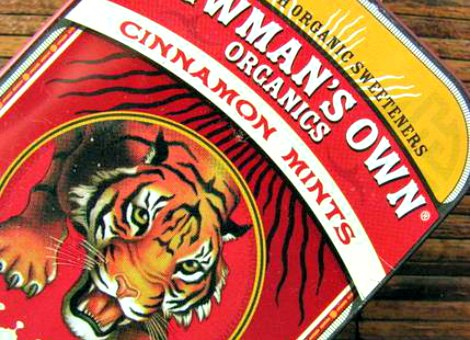 If you’re in generally good health but your breath tells a different story, there are a number of natural remedies which can improve your immediate air space. Apart from flossing and brushing your teeth, studies report that brushing or scraping your tongue can minimize the odor caused by bacterial interactions. Likewise, swishing your mouth with antiseptic (essential oil containing) mouthwashes, green tea and sesame oil, also known as “oil pulling”, provide temporarily fresher breath. Having said that, green tea can discolor teeth and oil pulling isn’t very practical because it requires a daily commitment of 10-15 minutes of swishing prior to brushing.

As mentioned, gargling and swishing with green tea isn’t the best option because of staining. But, drinking green tea on a daily basis can still improve bad breath. When green tea makes contact with your tongue, it decreases the amount of volatile sulfur compounds (VSCs) which are implicated in halitosis. In addition, green tea may also reduce the severity of gingivitis or gum disease – yet another bad breath causing culprit. Chewing natural, sugar-free gum also improves oral malodor. However, instead of fruit flavored or mint gums, try cinnamon gum, as it has been clinically shown to have a similar effect as green tea without the staining probability. As an aside, if you prefer not to chew gum, I suggest cinnamon mints because they tend to maintain longer contact with your tongue – a primary site of VSCs. Personally, I opt for all-natural cinnamon mints which feature xylitol as a sweetening agent. A final option worth considering is a specially formulated probiotic lozenge containing a bacterial strain called Streptococcus salivarius K12. Preliminary evidence has demonstrated that this good bacteria may crowd out some of the unwelcome oral bacteria which contribute to halitosis and infections of mouth and throat. 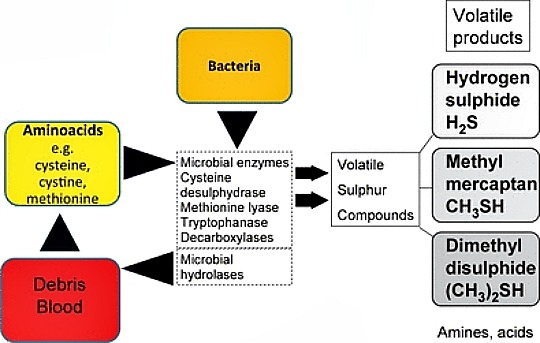 
12 Comments & Updates to “Hope for Halitosis”