In today’s culture, muscle is frequently regarded as a characteristic of one’s appearance. However, if you describe muscle using the technical term “lean body mass”, the idea of toned bodies tends to exit the picture. Lean body mass (LBM) is often mentioned as a measure of weight gain or loss in scientific studies. For instance, weight loss trials commonly note the total amount of weight lost and the percentage of body fat and LBM loss. Naturally, in overweight individuals, it’s preferable to lose a significant percentage of excess body fat. At the same time, the goal is to preserve as much lean body mass as possible. The preservation of LBM becomes even more important as we age. Even in the absence of intended weight loss, older adults tend to lose muscle and strength as a “normal” part of the aging process. In some instances, age-related muscle and strength loss is even more pronounced and is classified as sarcopenia. This is of great importance because seniors diagnosed with sarcopenia are at greater risk of falls, fractures and a general decline in overall health and independence. 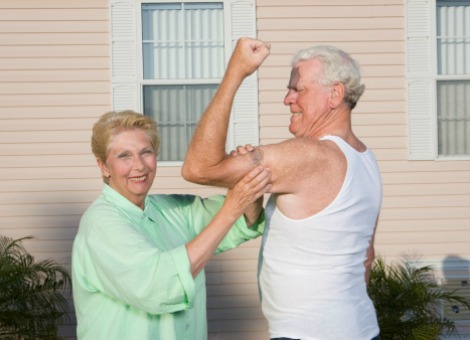 In younger adults, building and maintaining muscle isn’t very complicated. A basic combination of a nutritious, protein-rich diet, resistance training and adequate sleep is usually enough. Unfortunately, the same strategy isn’t sufficient to turn the muscle wasting tide found in sarcopenic seniors. To be clear, a high protein diet (> 1 gram of protein per kilogram), aerobic and resistance exercise and ensuring adequate Vitamin D levels are advisable for those diagnosed with sarcopenia. But, in general, this approach doesn’t yield entirely satisfactory results. The addition of β-Hydroxy-β-Methylbutyrate (HMB) may well be a missing piece to the puzzle that has yet been fully integrated into conventional sarcopenic treatment plans.

HMB may sound like an unnatural chemical produced in some remote pharmaceutical lab. In reality, the human body produces HMB from a common amino acid (leucine) which is found in everyday foods, including chicken, eggs and fish. But, the catch is that you’d have to eat way too much protein, about 600 grams/day, in order to provide enough leucine for your body to manufacture a therapeutic amount of HMB. The typical dosage of supplemental HMB is 3 grams daily.

There are a number of reasons why I strongly endorse the use of HMB to attenuate age-related muscle loss. For starters, two recent reviews have validated its safety in both older and younger adults. And, there’s plenty of research to base that on since HMB has been scientifically studied in humans for about 20 years. Another unique characteristic of HMB is that it supports improvements in muscle and strength whether it’s accompanied by exercise or not. This is why studies in bedridden and critically ill, hospitalized patients have noted positive trends in lean body mass and protein synthesis. There is even some research showing a benefit to HMB supplementation in those with other muscle-wasting conditions, such as advanced cancer and HIV. This is very promising indeed.

In closing, I want to mention that some of the HMB trials have utilized the supplement in conjunction with certain amino acids (arginine, glutamine and lysine). Having said that, studies that have examined the effects of HMB when used alone, reveal that additional amino acids aren’t necessary for treatment success. Lastly, one of papers I link to below, “Vitamin D Status Affects Strength Gains in Older Adults Supplemented with a Combination of β-Hydroxy-β-Methylbutyrate …”, reports that maintaining an optimal Vitamin D concentration (≥30 ng 25OH-vitD(3)/mL) enhances the efficacy of HMB in relation to strength gains. All the more reason to incorporate HMB as part of a comprehensive program which includes periodic Vitamin D testing.

Study 9 – A Randomized, Double-Blind, Placebo-Controlled Trial of a Beta- … (link) 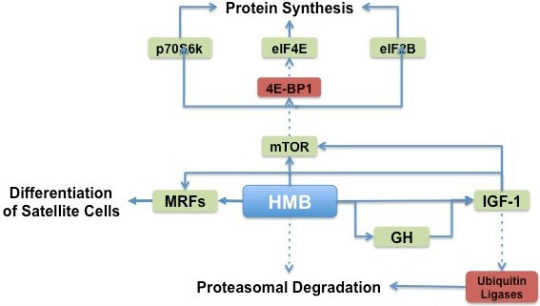 Source: Journal of the International Society of Sports Nutrition 2013, 10:6 (link)