The majority of past events, even very painful ones, do not have to cause psychological distress in the present. On a rational level most of us understand this reality. However, sad and/or traumatic memories, whether fresh in history or dating back to childhood, still hold a great deal of power over many people. These hurtful, life-altering experiences often shape personalities and result in long term attempts at exorcising these mental images from the present mind. But, recent findings suggest that an unconventional form of treatment known as eye movement desensitization and reprocessing or EMDR may offer a brief, new alternative for shooing away hurtful recollections. 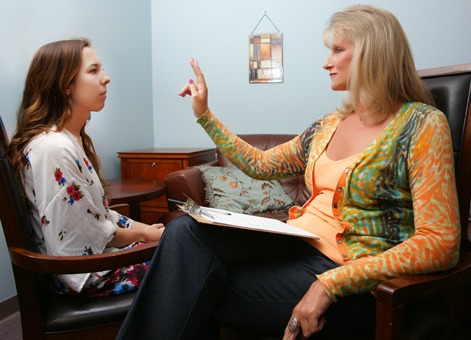 Although EMDR commonly takes place over an 8 phase process, the basic concept is really quite simple. During a 90 minute session, a therapist encourages patients to recall disturbing or traumatic experiences. The patient is urged to become acutely aware of the emotions and any physical sensations associated with the painful memories. During the process, the therapist will wave his finger or a wand back and forth in front of the patient’s eyes. The patient is asked to follow the therapist’s finger or wand while maintaining awareness of the recollections, associated emotions and physical sensations. So, why is this unusual approach helpful? Two exploratory studies from 2012 and 2014 report that employing EMDR inspired eye movements during recall reduces unpleasant emotionality and vividness of autobiographical memories.

It’s taken quite awhile for the medical establishment to seriously consider EMDR a legitimate treatment modality. But, these days you can find peer-reviewed studies about EMDR appearing in conventional journals, including the British Journal of Psychiatry, the International Journal of Clinical Practice and JAMA Psychiatry. Most of the research continues to focus on the positive effects of EMDR in patients struggling with post traumatic stress disorder (PTSD). Having said that, other trials have discovered promising outcomes in varied conditions such as dental phobia, negative body image in those with eating disorders and obsessive compulsive disorder.

While the future of EMDR looks promising, there’s still a lot to learned. For instance, can this combination of eye movements and reprocessing of memories positively influence bodily symptoms including pain? To answer that, a German study currently underway is investigating the impact of EMDR in patients with chronic back pain. The results of that trial may well open new avenues for this mind-body technology. Also of interest to scientists is how well EMDR performs in comparison to related therapies. In the June 2011 issue of the Journal of Nervous Mental Disease, a controlled comparison found that EMDR slightly outperformed another alternative treatment known as the emotional freedom technique (EFT). More studies of this kind are needed in order to clarify the relative merits of EMDR for those seeking to live more fully in the present.

Study 8 – Comparison of Eye Movement Desensitization and Reprocessing with … (link) 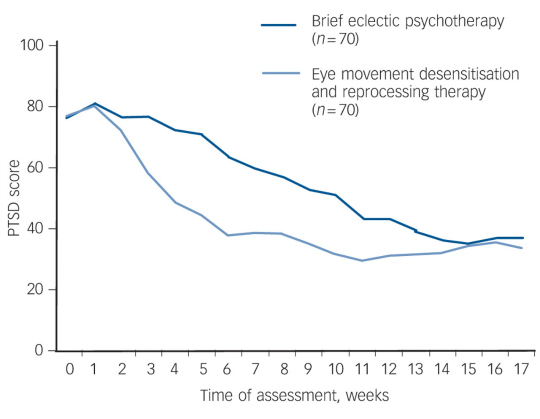