If you regularly eat garbanzo beans or hummus, lamb, lentils, pumpkin seeds and sesame seeds or tahini you’re well on your way to following my latest prescription. All of these foods are stellar sources of zinc, an essential trace mineral. For all of those who don’t eat zinc-rich foods on a daily basis, I highly recommend a daily multivitamin providing at least 100% of the RDA of most minerals including zinc. In fact, since zinc is both essential to health maintenance and safe when taken in conservative amounts, I recommend multivitamins to just about everyone. Now, you may think that I’m focusing on zinc because of its widely known benefits to the immune system. After all, zinc lozenges are probably the most popular natural cold aids currently on the market. While true, there’s so much more to zinc than just that. 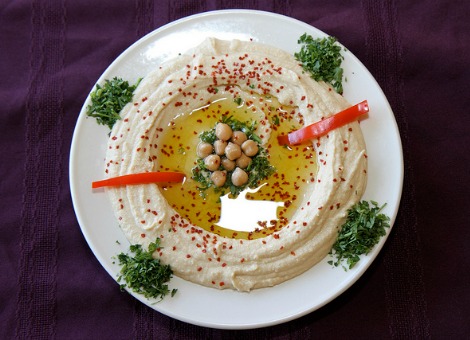 My recent review of zinc in the medical literature substantiates the importance of this trace element in protecting against some of the most common and threatening diseases of our time. For starters, a new study in the January 2015 issue of the Journal of Clinical Diagnosis and Research, reveals that female breast cancer patients have lower than normal levels of zinc in their systems. This is important in part because a previous inquiry discovered that inadequate zinc concentrations are associated with higher cancer rates in those exposed to environmental toxins such as cadmium. Those with hypothyroidism ought to take note of two trials which report that supplemental zinc is capable of improving thyroid function in overweight females and response to thyroid replacement therapy. Diabetics should likewise keep zinc on their radar. An evaluation and trial from 2014 determined that low zinc status is common in diabetics and is linked to the progression of diabetic kidney disease or nephropathy. Additionally, supplementing with 30 mg of zinc daily was found to “benefit immune response against cancer in patients with DM (diabetes mellitus) and metabolic syndrome”.

Both old and young should strive to maintain optimal zinc status via diet and supplementation. The February 2015 edition of the Journal of Alzheimer’s Disease explains that “serum zinc appears significantly decreased in AD (Alzheimer’s Disease) patients compared to healthy controls”. Another investigation from the very same month points to a shift in copper to zinc ratio that typically occurs with aging. The authors summarize that a higher copper to zinc ratio is associated with higher mortality in seniors and is likely impacted by hormonal changes, inadequate nutrition, inflammation and oxidative stress. In children, supplemental zinc (10 mg/day) seems to beneficially stimulate appetite in such a way as to increase consumption of fat and protein, but not carbohydrates. Increasing zinc also lead to higher levels of select hormones which stimulate childhood growth, namely growth hormone (GH), insulin-like growth factor 1 (IGF1) and osteocalcin (OCN). Interestingly, the children in this particular study were not zinc-deficient at the start of the study suggesting that higher levels of zinc may be beneficial even in those not expressly lacking in zinc.

Finally, a fascinating study just published offers a novel way for breastfeeding mothers to support healthier infant growth: by taking a synbiotic supplement containing pre- and probiotics. Surprisingly, mothers taking synbiotics demonstrated increased levels of certain minerals (calcium and zinc) independent of dietary choices. What’s more, the use of breastfeeding with synbiotics lead to small improvements in height and weight in infants. These studies and many others strongly indicate that zinc is absolutely necessary from the start of life and throughout it in order to live at our very best.

Study 4 – Zinc Deficiency Associated with Hypothyroidism: An Overlooked Cause … (link)

Study 5 – Zinc Status in Type 2 Diabetic Patients: Relation to the Progression of … (link)

Study 7 – Zinc in Alzheimer’s Disease: A Meta-Analysis of Serum, Plasma  and … (link)